Herman Melville’s short story “Bartleby” gives the reader an odd relationship between employee and employer.  While I’m not sure this type of relationship exists in the real world (or at least not the 21st century real world), Melville makes the story work in a most memorable manner. 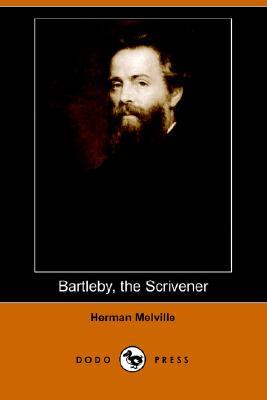 The story is narrated by the boss who hires Bartleby as a scrivener for his law office.  Bartleby gets his own little section of the office and before long is politely refusing to do anything requested of him.   In one of my favorite lines (of which there are many), the boss says “Nothing so aggravates an earnest person as a passive resistance.”  The story seems to ask who has more control and more power.  It’s difficult to point to the boss as the answer.

Bartleby embodies the power of this passive resistance.  By doing – or not doing – whatever he wants, Bartleby gives some sort of meaning to his life as strange as it may seem.  This throws the boss for more than one loop.  In spite of the philosophical edge to the story, I couldn’t help but appreciate the humor in the situation.  The poor boss can’t shake Bartleby – even right up to the end.  Something about the story kept reminding me of the movie Office Space.

I’m not sure the idea of passive resistance would be useful to me in my job or career; however, the occasional “I prefer not to” could be helpful in a lot of life situations.

The title of this story in my edition is simply “Bartleby”; however, I have seen other editions (as the one pictured) in which the story is called “Bartleby, the Scrivener”.  I’m not sure which is right but I’m wondering if this could be similar to The Great Hyphen Controversy of Moby-Dick.

I think I have said this before but it’s worth repeating – Melville is a master.