Ghost of a yell slipped through the flames and out the great door of the factory. It fluttered like a dying thing down the single street of factory town. Louisa, upon the step before her home, did not hear it, but her eyes opened slowly. They saw the full moon glowing in the great door. The full moon, an evil thing, an omen, soft showering the homes of folks she knew. Where were they, these people? She’d sing, and perhaps they’d come out and join her.

In Joyce Carol Oates’ introduction to Jean Toomer’s short story “Blood-Burning Moon”, she emphasizes the musical and lyrical quality of Toomer’s writing. So I couldn’t help myself from feeling the rhythm and hearing the music as I read the story this week.

The story has a tight plot in what might be considered a love triangle. It starts out soft and slow but crescendos into something big and tragic – in some respects it feels like an opera. As I started reading it, I heard something like the beginnings of Gershwin’s Rhapsody in Blue but then it turned into Coltrane’s A Love Supreme.

I’m not sure I could find a supreme love in the plot, itself, but I could hear and feel the supreme love of an author for the words with which he tells this beautiful story.

She believed that she had reached the innermost chamber of knowledge and that perhaps her knowledge was the same as the saint’s achievement of pure love. It was only convention, she thought, that made one say “sacred heart” and not “sacred brain”.

Her protagonist Pansy Vanneman waits in the hospital after a bad car accident for an operation on her nose that will allow her to breath through it again. While lying in bed, and while in surgery, Pansy’s mind rambles in streams of consciousness and maybe even streams of unconsciousness. 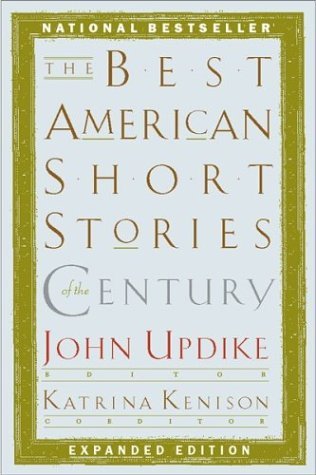 If one tries to reign in Pansy’s thoughts, which might not be what Stafford intends a reader to do, they would fall under the ideas that pit the physical outward self against the inner thoughtful self. The reader doesn’t get to know all the details of Pansy’s accident but they are made aware that her face has been severely injured – not just her nose. Pansy’s thoughts also are infatuated with her brain, well maybe not her own brain specifically, but the brain as an organ in general.

Stafford tells the story in third person mostly from Pansy’s point of view but in an odd move we briefly get the surgeon’s point of view.  It shouldn’t be a surprise, though, because it’s an odd little story. It was worth reading and I would recommend it but is it a favorite? Probably not.

“The Interior Castle” is included in my copy of The Best American Short Stories of the Century edited by John Updike. I read it when I selected the Six of Clubs for Week 20 of my Deal Me In 2018 short story project. My Deal Me In list can be found here. Deal Me In is hosted by Jay at Bibliophilopolis.

There’s a scene in Chaim Potok’s The Promise in which Danny Saunders, studying for his Doctorate, takes his fingers to the side of his face and tugs on the now imaginary earlocks that were once there. They are one part of his Hasidic upbringing that he chose to leave behind as he studies Psychology instead of taking his father’s place as leader of his community. Continuing from Potok’s The Chosen, Danny seamlessly moves between his Old World Hasidism and his new intellectual and professional pursuits. It’s not that he hasn’t had his share of struggles and conflicts but he now appears comfortable in both of his worlds.

Reuven Malter, on the other hand, has conflicts within his own world as he studies for his rabbinical ordination. In his Talmud class, he uses more modern methods of interpretation as opposed to the traditional ones much to the dismay of some of his teachers. Reuven’s conflict is wonderfully expressed in this sarcastic rant characteristically listened to by Danny in a supportive and gentle manner:

To have a friend to whom one can truly express their frustrations is presented as a huge blessing by Potok and I think it’s what continues to fascinate me with Danny and Reuven. Their friendship stays strong.

While a rabinnical ordination may not usually be intense drama, Potok brilliantly lets the tension mount between Reuven and his teachers to the point that his oral examination becomes a nail-biter for the reader.

How disagreements over tradition can cause hurt and pain both endured and inflicted becomes a major theme for Danny and Reuven and the friends they make as they continue their spiritual and intellectual journeys.

All over the country-side, and from every degree of distance, the farm dogs accompanied their passage with tragic ululations; and it grew and grew upon his mind that some unnatural miracle had been accomplished, that some nameless change had befallen the dead body and that it was in fear of their unholy burden that the dogs were howling.

Yes, last week’s Deal Me In story was by Stephen King, but this week’s story is the real horror story. Robert Louis Stevenson’s “The Body Snatcher” comes with all the gruesomeness and terror to make this a great Halloween story. Of course, a good horror story can be enjoyed at any time of the year and as far as they go, this one isn’t bad. 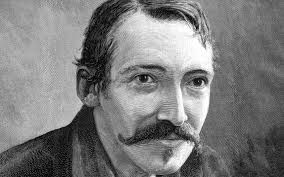 Fettes is a young medical student in charge of bringing in the cadavers for his class to dissect. His supervisor tells him to just take the bodies as they are delivered and pay for them with no questions asked. Soon, though, bodies of people he knows start to be delivered – people he just saw alive the day before. And as I’m writing this, I’m starting to chuckle but I don’t think dark comedy is the intention.

What is the intention of the story? I think it’s just to be scary. I don’t find any deeper universal meaning in it other than scary stories can be very entertaining! And something about 19th Century writing can make a story very scary.

This story is included in my copy of Robert Louis Stevenson: The Complete Shorter Fiction edited by Peter Stoneley. I read it when I selected the Six of Hearts for Week 19 of my Deal Me In short story project. My Deal Me In list can be found here. Deal Me In is hosted by Jay at Bibliophilopolis.

Chaim Potok’s The Chosen introduced me to two of my favorite characters in all the books I’ve read.

The narrator, Reuven Malter, an Orthodox Jewish teenager living in Brooklyn in 1945, observes the commandments and believes in God. His father is the one who has brought him up this way and is also the one who recognizes his son’s intelligence. While his father studies the Talmud with Reuven, he encourages his son to think critically and on a more scientific and historical level than most Orthodox Jews would during this time.

Danny Saunders, a Hasidic Jewish teenager living a few blocks from Reuven, follows more rigid traditional practices and is next in line after his father to take over as leader of his sect. However, like Reuven, Danny also has a brilliant mind and secretly reads works by Darwin and Freud which have been forbidden by his Hasidic community and his father.

The two boys meet during an intense baseball game between their respective schools. And they become fast friends in spite of their differences as evidenced by Reuven’s comment during their first conversation:

And as their friendship grows, Reuven continues to have questions. Questions that Danny doesn’t necessarily answer but is comfortable with Reuven asking:

…Danny was patient, as patient as my father, and slowly I began to understand the system  of psychological thought Freud had constructed. And I, too, became upset. Freud contradicted everything I had ever learned. What I found particularly upsetting was the fact that Danny didn’t seem to have rejected what Freud taught. I began to wonder how it was possible for the ideas of the Talmud and the thinking of Freud to live side by side within one person. It seemed to me that one or the other would have to give way. When I told this to Danny, he shrugged, said nothing, and went back to his reading.

As the story unfolds leading to the emotional conclusion between Danny and his father, the boys learn to think on their own. But what has always attracted me to this story is the fact that neither boy walks away from his faith. They question many aspects of it and choose to eliminate ideas or practices that they can’t reconcile to the world they see themselves living in – but they continue their religious and intellectual journeys.

Potok manages to pull the reader into these boys’ worlds with only ever so brief explanations for those (like myself) who might not be familiar with the Jewish culture. The author teaches the reader about this world while they think they are only reading a good story. An amazing feat!

This is the third time I’ve read The Chosen and I’m still moved by the friendship of these two boys and the fathers who let them go.

“We joined hands, children, and if there were times when we wondered what it was all for, or if there was ary such a thing as love at all, it was only because we had heard the wind and the waters on long winter nights, and we were afraid.

“No, I’ve never felt I needed to leave the island. My life was here. The Reach was wider in those days.”

Stella Flanders, approaching 100 years of age if my calculations are correct, has never left Goat Island off the coast of Maine much to her great-grandchildren’s surprise and wonder. She remembers many people from over the years who travelled across The Reach to bigger and better things. And she remembers those friends and loved ones over the years who died in various manners both natural and unnatural including her husband and best friend.

Occasionally, the winters are cold enough that walking across The Reach to the mainland is possible and referred to numerous times as a “Jesus-out-of-the-boat” moment. She has never done that, either. But the current winter is just such a winter.

It’s not surprising that she decides to make this trip, now, beckoned by those who have gone before her.

Yes, the way this story melds reality and metaphor is sheer genius.

“The Reach” is included in my copy of The Oxford Book of American Short Stories edited by Joyce Carol Oates. I read it when I selected the Nine of Spades for Week 18 of my Deal Me In 2018 short story project. My Deal Me In list can be found here. Deal Me In is sponsored by Jay at Bibliophilopolis.