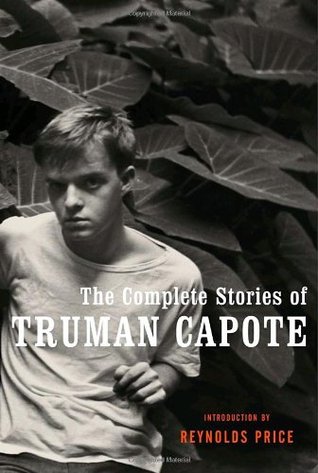 Today happens to be the one-year anniversary of my blog!  It’s been an incredibly fun activity and I’ve enjoyed the exchanging of ideas with other bloggers along the way and look forward to more in the coming year.  To celebrate, I thought I would post a few favorite quotations I’ve come across this year.

-From John Green’s An Abundance of Katherines

“As for me, I could leave the world with today in my eyes.”

–Spoken by Miss Sook in Truman Capote’s “A Christmas Memory”

When a man journeys into a far country, he must be prepared to forget many of the things he has learned, and to acquire such customs as are inherent with existence in the new land; he must abandon the old ideals and the old gods, and oftentimes he must reverse the very codes by which his conduct has hitherto been shaped.  To those who have the protean faculty of adaptability, the novelty of such change may even be a source of pleasure; but to those who happen to be hardened to the ruts in which they were created, the pressure of the altered environment is unbearable, and they chafe in body and in spirit under the new restrictions which they do not understand.  This chafing is bound to act and react, producing divers evils and leading to various misfortunes.  It were better for the man who cannot fit himself to the new groove to return to his own country; if he delay too long, he will surely die.

“One Christmas” is the third and final short story in Truman Capote’s holiday story trilogy about nine year-old Buddy and his elderly best friend, Miss Sook.   In this story, Miss Sook stays home in Alabama while Buddy visits his father in New Orleans for Christmas.

Capote reveals a little bit of background information about why Buddy lives with elderly cousins instead of his parents.  His invitation from his father, whom he barely knows, sends Buddy into an emotional tailspin.  While not wanting to leave his friend at Christmas, he feels obligated (as do his relatives) to accept his father’s invitation.

In typical fashion, Buddy’s father does everything he can to make him feel at home in New Orleans including spending money on him.  This manipulation, though, isn’t one way.  At Christmas, Buddy takes advantage of his father’s outpouring of “affection” to get a Christmas gift he’s always wanted.

I thought the story was most unusual in its dealing with the subject of Santa Claus and Buddy’s realization that his father was Santa and that Miss Sook had “lied” to him about Santa, but in true “Miss Sook” fashion, she comes up with her own philosophical explanation for Santa when Buddy returns.  For a young boy, Buddy understood more about his father’s lifestyle than one might ordinarily expect from a nine year-old.  In looking from the balcony of his room, he sees his father dancing with an older (and richer) woman.  Phrases from the song “Just A Gigolo” go through his head.

Of these three stories, “A Christmas Memory” was the first one written and the one I enjoyed the most.  Miss Sook is never named as she is in the other two (this one and “The Thanksgiving Visitor”).  The details of Buddy’s family situation isn’t necessary for the reader to understand the depth of friendship between Buddy and the woman he simply refers to as “my friend”.

I first read Truman Capote’s story “A Christmas Memory” when I was in eighth grade, which was a while ago.  My English teacher at the time told us that it had been recommended to her as a story for her to read to our class on the last day before Christmas break.  She also mentioned that her husband didn’t really recommend anything by Capote. She ended up not reading it to us; however, it was not because of her husband’s opinion.  She read it herself prior to reading it to our class and couldn’t keep from crying; therefore, she didn’t think it would be a very pleasant experience for our class.  I don’t remember what she did read to us; however, I went to the library during Christmas break, found the story and read it.  I didn’t cry.

That doesn’t mean that I didn’t like it or that I didn’t understand why it may have moved my teacher to the point of tears.  Upon re-reading it these many years later, much of it came back to me.  I pondered why this story may have stayed with me for so long.  I don’t have an answer, but that’s fine.  The story speaks of those who see the beauty of life in the ordinary, simple, even mundane.  From the time the narrator Buddy’s elderly friend wakes up on the first cold November morning with her usual “It’s fruitcake weather” to Buddy’s bittersweet walk across a military school campus, Christmas memories flood his narrative. From the hilarious – when Buddy and his friend buy whiskey for fruitcakes from Haha Jones’ “sinful” fish-fry – to the heartbreaking – when Buddy’s friend is scolded for allowing him to drink the leftover whiskey.  The other elderly relatives responsible for Buddy take a backseat in the story to the elderly, but childish, relative Buddy simply refers to as “my friend”.

I noticed one difference between reading the story in eighth grade and reading it all these years later:  I don’t consider the story to be as sentimental now as I did back then and had continued to consider it since.  Perhaps as a kid, it was imagining my English teacher crying over a story or perhaps due to lack of maturity, I did not understand both the sweetness and the sadness of growing up and growing away from friends, family and Christmas memories.  For whatever the reasons, this story made an impact on me the second time around that went beyond mere sentiment.

My favorite part of the story came when Buddy and his friend flew their traditional Christmas gifts to each other: kites.  His friend seems to see the whole world during their outing:

“I’ve always thought a body would have to be sick and dying before they saw the Lord.  And I imagined that when He came it would be like looking at the Baptist window: pretty as colored glass with the sun pouring through, such a shine you don’t know it’s getting dark.  And it’s been a comfort:  to think of that shine taking away all the spooky feeling.  But I’ll wager it never happens.  I’ll wager at the very end a body realizes the Lord has already shown Himself.  That things as they are…just what they’ve always seen, was seeing Him.  As for me, I could leave the world with today in my eyes.”

Up until now, the only work by Truman Capote that I had read was his short story “A Christmas Memory”.  In looking through the titles of his stories, I ran across “The Thanksgiving Visitor”.  On further reading, I found that it was a companion or sequel to “A Christmas Memory”, which I plan on re-reading in the near future so look for a post about it soon.

Both stories involve Buddy, a grade school boy who lives in small-town, Depression-era Alabama with five elderly relatives.  Why he doesn’t live with his parents is only vaguely touched upon.  His relative, Miss Sook, whom he refers to as “my friend”, is a very child-like adult for reasons that again are only vaguely explained.

In “The Thanksgiving Visitor”, Buddy is threatened by an older boy at his school, oddly named Odd Henderson.  While he doesn’t explain to Miss Sook why he fears going to school, she intuitively begins to understand that it is because of “the Henderson boy” whose family she has known most of her life.

With child-like naivety, Miss Sook decides that inviting Odd to her and Buddy’s family Thanksgiving will solve the bullying problem.  For obvious reasons, world-weary Buddy strongly opposes this.  Odd accepts the invitation and the reader realizes there is more to him than meets the eye.

Capote’s descriptions of the geographical region, the time period and the Thanksgiving dinner, itself, make up the best parts of the story.   Odd Henderson’s invitation to Thanksgiving strangely enough solves Buddy’s problem; however, as the story borders on being too sentimental, Capote wisely keeps Buddy and Odd from ever being anything more than acquaintances.  Even with the sentimentality, it’s a beautiful story in its own right.