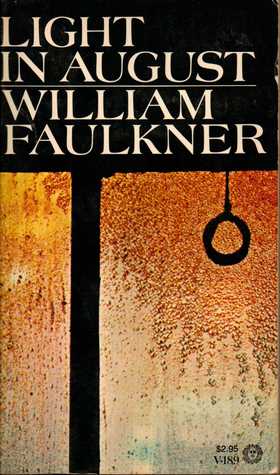 “I don’t think that the old lady had any hope of saving him when she came, any actual hope. I believe that all she wanted was that he die ‘decent,’ as she put it. Decently hung by a Force, a principle; not burned or hacked or dragged dead by a Thing.”

“She just didn’t hope. Didn’t know how to begin to hope. I imagine that after thirty years the machinery for hoping requires more than twenty four hours to get started, to get into motion again.”

One of the images of hope that has stayed with me is that of Lena Groves, pregnant, unwed, walking for weeks on end from Alabama to Jefferson, Mississippi in the hope of finding the father of her baby who had left “to find work” and not returned to her. During her travels, she tends to draw people to her even if the societal norms of the time might say otherwise. They want to help her as she tells her story but they, and the reader, have an understanding that she’s probably not going to find the man she’s looking for. But she persistently puts one foot in front of the other all the way to Jefferson.

The darkness that encompasses this novel revolves around Joe Christmas, born of mixed race and cast off as an orphan never fitting in with anyone. He tends to repel the people he meets. Faulkner brilliantly manipulates time to let the reader know the crime Christmas commits before it occurs in the narrative which makes the scene of Christmas “mounting the stairs” over and over again (same scene, several tellings) all that more terrifying. Faulkner also lets the reader know Joe Christmas’s horrible childhood and while this allows the reader to see the result and the horror of the times in which Christmas had to grow up and its influence on him, Faulkner doesn’t seem to allow for much sympathy for Christmas, himself.

If Faulkner does present any sympathy toward Christmas, it’s through his grandmother Mrs Hines who is referred to in the quotations above. When she discovers Joe is her grandson, the reader feels her sympathy and her love for Joe.  In a form of redemption, Mrs. Hines gets to be at the birth of Lena’s baby. The birth of Lena’s baby promotes that small amount of hope, that ability to see a new life in the midst of such darkness.

When I read this book in my senior high school English class (which was thirty-six years ago), I remember discussing the title. According to my teacher, the term “light” was a southern farming term meaning “pregnant”. And while pregnancy has a significant place in the plot, this passage stood out toward the end:

In the lambent suspension of August into which night is about to fully come, it seems to engender and surround itself with a faint glow like a halo. The halo is full of faces.

At least based on this one passage, light in terms of the opposite of darkness doesn’t seem that far-fetched as a meaning behind the title. It’s also not uncommon for the theme of hope to be represented by light especially in contrast with darkness. I realize, though, titles can have more than one meaning. It’s interesting that Lena is also described as traveling light in the sense of traveling pregnant and traveling on foot with very little baggage. Light, as in the opposite of heavy or as in pregnancy and new life, might also represent hope as well.

I haven’t even gotten to Faulkner’s use of point of view or the characters of Byron Bunch and the Reverend Gail Hightower. I may need a separate post about them.

In some ways it’s intimidating to talk about Faulkner. I know very little about him and his work but I know that this was definitely the right time for me to re-read this story.  Any insight out there would be greatly enjoyed and greatly appreciated.

I enjoyed Mary Ann Taylor-Hall’s short story “Winter Facts” so much that I decided to check out another one of her stories, “Banana Boats”, when I selected the Two of Spades for Week 17 of my Deal Me In 2020 short story project – since I save Two’s for a Wild Card choice.

In her twilight years, Rosa looks back at her marriage to Gilbert with both acceptance and regret. Her memories hinge on a moment as a young married couple when Gilbert tells Rosa he’s gotten a job on a banana boat between Tampa and Rio. It would involve being gone for significant amounts of time but he would make more money. She begged him not to – and he didn’t.

As Rosa reviews her marriage in her thoughts, we understand that Gilbert lies, cheats but stays with her. She wonders after all this time what would have happened if she had let him go off on the banana boat:

He used to call her his ball and chain, just kidding, a long time ago.

It’s this “what if” that gives the story it’s emotional tug and gives Rosa’s character both a fragility and a strength. She ultimately feels she is too tied up in her marriage to leave him after all these years. Rosa perhaps thought that over time she would grow to love him. But in Rosa and Gilbert’s older years, we see that didn’t happen. Perhaps Gilbert learned to love Rosa in his own way? No, that didn’t happen either.

I think I liked “Winter Facts” more than this one; however, there’s something about this story that reminds me of William Trevor. The melancholy tone is probably the reason.

This story is included in Taylor-Hall’s collection How She Knows What She Knows About Yo-Yos: Stories.

Check out my Deal Me In 2020 list here. Deal Me In is hosted by Jay at Bibliophilopolis. 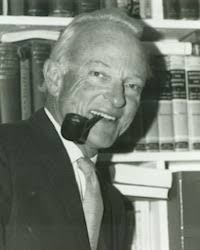 There are many reasons I enjoy reading. One of them could be that I see put into words the things I can’t. In Lawrence Sargent Hall’s short story “The Ledge”, he zeroes in on an understanding at which I think most fathers and sons arrive whether they are able to explain it or not:

The boy did for the fisherman the greatest thing that can be done. He may have been too young for perfect terror, but he was old enough to know there were things beyond the power of any man. All he could do he did, by trusting his father to do all he could, and asking nothing more.

Hopefully, most fathers and sons don’t come to this understanding under as intense circumstances as the fisherman and his son do in this story. This is the second story in a row that I’ve read in which death is stared in the face. There’s more fear in this story than“The Snows of Kilimanjaro”. Also there’s more suspense and wondering on the part of the reader and less thinking on the part of the characters. Although the fisherman in this story and the writer in Hemingway’s probably both feel some sort of regret.

The story is set near Brown Cow Island off the coast of Maine on Christmas Day which makes this story the Christmas story that I usually include in my Deal Me In list just for the fun of seeing when it pops up. But I didn’t purposely include one this year because I just forgot and the title “The Ledge” didn’t really give any clue that this could in some way be tied to Christmas. The fact that it is only serves to make the story all the more intense.

“The Ledge” is included in The Best American Short Stories of the Century edited by John Updike. I read it when I selected the Queen of Spades for Week 16 of my Deal Me In 2020 short story project. Check out my Deal Me In 2020 list here. Deal Me In is hosted by Jay at Bibliophilopolis.

… as he looked and saw her well known pleasant smile, he felt death come again. This time there was no rush. It was a puff, as of a wind that makes a candle flicker and the flame go tall.

No one hones in on death like Ernest Hemingway. His hyper-masculinity is as toxic as the gangrene of the writer protagonist in his short story “The Snows of Kilimanjaro”. He doesn’t cheapen anything as grandiose as death with emotions. But the emotions are there under the surface. Cliche I know. They’re buried in the memories of Paris. They had Paris. Someone always has Paris.

Is there hope in the snowy mountain top or is there despair in the hyena’s laugh? Questions to ponder.

This story is a re-read and, with a second reading, more of a favorite than I realized. It’s included in Hemingway’s collection The Snows of Kilimanjaro and Other Stories. I read it when I selected the Ten of Hearts for my Deal Me In 2020 short story project. Check out my Deal Me In 2020 list here. Deal Me In is hosted by Jay at Bibliophilopolis. 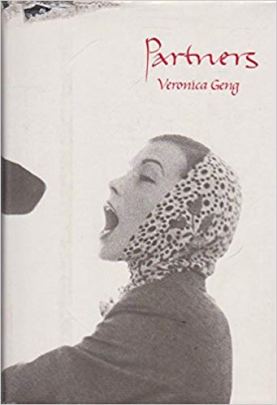 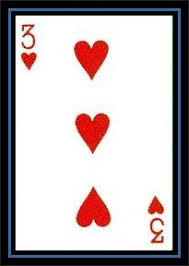 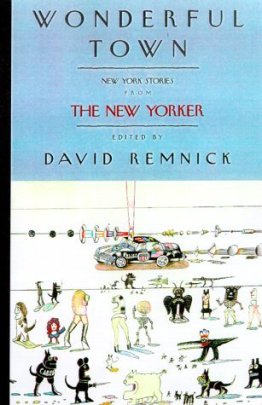 I think Veronica Geng’s short story “Partners” is one of those stories that if you try too hard to find the point you’ll miss it. Even if you don’t try hard to find one, you still might miss it because I’m not sure there is one.

In it’s not quite two pages, “Partners” consists of a series of what I guess you could call vignettes of marriage announcements. But these announcements intersperse combinations of people that somehow sound more like corporations or institutions. The story’s interest I think lies in the names:

Pews Chapel aboard the Concorde was the setting for the marriage of Bethpage Burdette to Jean-Claude LaGuardia Case, an account executive for the Junior Assemblies. Maspeth Burdette was maid of honor for her sister, who was also attended by Massapequa Burdette, Mrs. William O. Dose, and Mrs. Hodepohl Inks.

The parents of the bride, Dr. and Mrs. Morris Plains Burdette of New York, are partners in Conspicuous Conception, an art gallery and maternity-wear cartel.

From my brief amount of research on the internet, Geng is most often referred to as a humorist and I can see how “Partners” could be considered funny. If paragraphs like the one above went on and on for another five or six pages, I’d say it would get old. But at less than two? Maybe it’s genius?

This is included in Wonderful Town: New York Stories from The New Yorker edited by David Remnick. I read it when I selected the Three of Hearts for my Deal Me In 2020 short story project. Check out my Deal Me In 2020 list here. Deal Me In is hosted by Jay at Bibliophilopolis.

I’m curious if anyone else has read anything by Veronica Geng? I’d love to hear your thoughts!