The Branch Bank sign tells you in lights, all night long even, what time it is and how hot. When it was quarter to four, and 92, that was me going by in my brother-in-law’s truck. He don’t deliver nothing at that hour of the morning.

The title of Eudora Welty’s short story “Where Is the Voice Coming From?” could be the question most readers might ask themselves while reading the story. Welty puts herself in the mind of a white man who assassinates a black civil rights activist. It takes a little reading before one completely gets that.

Whenever an author attempts to tell their point of view by using the opposite point of view, I get nervous that they will end up inadvertently being sympathetic to the person they are wanting to show as wrong or in this case just plain evil.

There’s no need to worry with this story or with this author. Welty shows the mind of racism as nothing but horrific:

Something darker than him, like the wings of a bird, spread on his back and pulled him down. He climbed up once, like a man under bad claws, and like just blood could weigh a ton he walked with it on his back to better light. Didn’t get no further than his door. And fell to stay.

I read this story when I selected the Four of Spades for Week 48 of my Deal Me In short story project. It’s included in The Oxford Book of American Short Stories edited by Joyce Carol Oates. My Deal Me In list can be found here. Deal Me In is sponsored by Jay at Bibliophilopolis.

A man who sells storm windows can never be really sure about what class he belongs to, especially if he installs the windows, too.

For sheer comedy, I can’t find stories better than the ones by Kurt Vonnegut told by his fictional storm window salesman. In “The Hyannis Port Story”, the salesman finds himself measuring windows for the Goldwater Republican neighbor of President Kennedy. Yes, the story is a little dated having been published in 1963 – with all due respect, I’m assuming it was published prior to November 22 of that year. I’m not sure it would have been quite as funny after that. Although, I’m finding humor in it 55 years later.

But as far as politics goes, Vonnegut has always been an equal opportunity offender even if he is known (rightly or wrongly) for being more liberal.

The comedy in this story comes from the combination of a “lowly” storm window salesman somehow plopped down in the middle of the rich and famous – he’s sort of a “fish out of water” – which might be the way Vonnegut himself felt in the midst of politics:

The butler, whose name was John, came out with a big bowl. I thought it was peanuts or popcorn, but it turned out to be Goldwater buttons.

The story does beg the question, though, is politics all that different now than it was in the early 1960’s? Or, for that matter, how would Vonnegut handle American politics, now? Would he be completely blown away or would he continue to laugh? Or both?

I read this story when I selected the King of Diamonds for Week 47 of my Deal Me In short story project. It’s included in Vonnegut’s short story collection Welcome to the Monkey House. My Deal Me In list can be found here. Deal Me In is hosted by Jay at Bibliophilopolis.

William Trevor often deals with protagonists that have unfulfilled desires, less than perfect marriages. Trevor often manages to sympathize with these protagonists by keeping some aspect of their character noble. 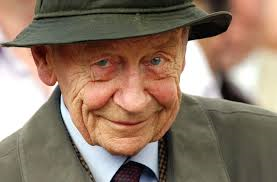 Graillis takes a letter to an attorney in a town miles away from his home. The letter indicates that a woman has left a substantial amount of money to Graillis in her will. We also know that Graillis is a widower and the woman with the will is not his wife. Graillis does not want the money from the other woman but only requests a small token such as an ashtray or a china plate.

Trevor movingly explains the emotions Graillis feels cutting to the core of his personality but only explaining the relationship between him and the other woman close to the end of the story. Graillis left a potentially lucrative job at the bank to become a librarian much to the dismay of his wife:

His safe employment had been taken for granted; in time promotion would mean occupancy of a squat grey landmark in the town, the house above the bank, with railings and a grained hall door. She had married into that; books had never been an interest they shared, had never been, for her, a need.

The woman for whom they were had often been noticed by Graillis about the town, coming out of a shop, getting into her car, not the kind of woman he would ever have known.

Much treasured conversations about books appear to be the extent of Graillis’s relationship with the other woman – but it was a need not fulfilled by his marriage.

As melancholy as this story is, it’s one for any book lover. As a male book lover, I found something about this story especially touching and sad.

I read this story when I selected the Two of Diamonds for Week 46 of my Deal Me In 2018 short story project. It’s the third wild card I’ve chosen which means there is one more to go with not very many weeks left. My Deal Me In 2018 list can be found here. Deal Me In is hosted by Jay at Bibliophilopolis.

But how could it be going to the moon when the moon was coming right down on the hill? No, moons; there was a whole row of them. No, those must be the disks of the harrow. No, the moon had split into a sheaf of moons, slipping off each other sideways, off and off and off and off.

Elizabeth Bishop’s story “The Farmer’s Children” contains sharp writing and sharp wit and starts out with a pleasant manner of story-telling. A farmer has two sons from a wife who has died and three daughters from his current wife. All five children appear to play well together innocently imagining ships and shipwrecks.

Things seem fine and fun until one of the boys realizes its “bread crumb” night and he starts to save bread crumbs at dinner. His stepmother tells them that its the night they have to go to the barn. Apparently this has happened before and they don’t think anything unusual – but the reader sees some kind of warning. Then on their way to the barn, they have to go through a cornfield leaving the bread crumbs as a trail.

For me, the cornfield becomes the truly ominous sign that things are not as fine and fun as they might appear to be. Walking through a cornfield at night never bodes well.

Many details are left out of the story. Details that might supply a reason for what happens. And I also have to leave out what little details are given because it would ruin the story for anyone who might enjoy some surprises and suspense.

But I would recommend “The Farmer’s Children”.

This story is included in The Best Short Stories of the Century edited by John Updike. I read it when I selected the Jack of Hearts for Week 45 of my Deal Me In 2018 short story project. My Deal Me In list can be found here. Deal Me In is sponsored by Jay at Bibliophilopolis.

I was this boy and he is dead now, but he will be prowling through the city when my body no longer makes a shadow upon the pavement, and if it is not this boy it will be another, myself again, another boy alive on earth, seeking the essential truth of the scene, seeking the static and precise beneath that which is in motion and which is imprecise.

When I was a teenager, I remember reading William Saroyan’s novel The Human Comedy. It’s been so long since I read it that I couldn’t begin to say what it was about. But now that I’ve read his short story “Resurrection of a Life”, I might have to go revisit that novel.

“Resurrection of a Life” is odd in that it is told in two different “persons”. The older narrator speaks in first person about himself as a boy in third person. It’s one person but told as though there were two. Not just any author could make that work but Saroyan uses it to great effectiveness.

The time frame in which the boy is living is 1917 – just as the United States is entering World War I. He sells newspapers for money to buy bread for his family. He skillfully shouts out the headlines while the older narrator gives the boy the ability to see the horrors of the war. The boy also goes to church on Sundays to enjoy singing hymns while the older narrator allows the boy to not believe in the faith being preached.

This is perhaps one of the most poetic stories I’ve ever read. It made me want to memorize it:

Everything begins with inhale and exhale, and never ends, moment after moment, yourself inhaling, and exhaling, seeing, hearing, smelling, touching, tasting, moving, sleeping, waking, day after day and year after year, until it is now, this moment, the moment of your being, the last moment, which is saddest and most glorious.

“Resurrection of a Life” is included in The Best Short Stories of the Century edited by John Updike.  I read it when I selected the Seven of Clubs for Week 44 of my Deal Me In 2018 short story project. My Deal Me In list can be seen here. Deal Me In is sponsored by Jay at Bibliophilopolis.