Mark Twain’s “The Stolen White Elephant” is another story with a very concise plot. In fact, I would say most of Twain’s stories have plots that don’t ramble and are very focused – usually focused toward what I would call a punchline or the culmination of a comical event.

This story actually has a title that reflects the main point of the story (something I’ve found many of Twain’s stories do not do). A white elephant being delivered from the King of Siam to the Queen of England is stolen in New York. The gentlemen in charge of the elephant fears for his job as he reports the crime to New York detective Inspector Blunt.

The comedy comes from the bumbling actions of the Inspector and his team while the Inspector gives the impression that he is one of the sharpest detectives on the planet:

I am a ruined man and a wanderer on the earth – but my admiration for that man, whom I believe to be the greatest detective the world has ever produced, remains undimmed to this day, and will so remain unto the end.

It’s a fun story as most of Mark Twain’s stories are but I found it went on a little too long.

“The McWilliamses and the Burglar Alarm” is the third of Mark Twain’s McWilliamses stories that I’ve read and it’s also the funniest. Perhaps its because Mrs. McWilliams isn’t really in this story although she does have a role to play. She can be annoying not only to her husband but to readers as well.

In this story, the comedy comes from Mr. McWilliams taking the advice of his wife (there’s her role) to buy a burglar alarm for their new house:

Given that this is 1882, the alarm itself is a giant gong hanging over the couples’ bed. Even by today’s standards, that has comedy written all over it.

In addition, the burglars seem to be attracted to the alarm. So much so, that a whole slew of them end up as guests in the house. The intelligent conversations Mr. McWilliams has with many of the burglars only adds to the fun!

Here are my posts for the other McWilliamses stories:

Experience of the McWilliamses with Membranous Croup

Mrs. McWilliams and the Lightning

Nancy whispered something. It was oh or no, I don’t know which. Like nobody had made it, like it came from nowhere and went nowhere, until it was like Nancy was not there at all; that I had looked so hard at her eyes on the stair that they had got printed on my eyelids, like the sun does when you have closed your eyes and there is no sun.

There’s a lot to William Faulkner’s short story “That Evening Sun Go Down” – this story probably warrants more than one reading but here are some of the things I picked up.

When Nancy, the servant woman of the Compson family repeatedly says “I ain’t nothing but a [racial slur]”, she is not only saying what she herself feels at that point in the story but she puts this into universal terms for anyone who has been oppressed because of their race. I think the fact that Faulkner has her repeat it gives it more power and emphasis than it might otherwise.

Then the repeated echo from five year-old Jason Compson “I ain’t a [racial slur]” contrasts Nancy’s oppression with an uncertain knowing on the part of a child. Jason has the understanding that comes with observation even at a young age but does not completely “get” Nancy’s circumstances or the deeper meaning behind her exclamation.

Uncertainty seems to play a role here. Mr. Jason (young Jason’s father) willingly takes the scared Nancy home each night. I admit to thinking that Mr. Jason has less than noble reasons for doing that; however, everything I read brings me to conclude that the father of the Compson children tries to do the right thing within his situation. Nancy and the children are both afraid. I’m not sure they are afraid for the same reasons.

I am familiar with the Compson children only from my numerous attempts to read Faulkner’s The Sound and the Fury. One day (will it be this year? I can’t promise), I will read that novel in its entirety and maybe more of Faulkner’s work.  I am more than willing to hear anyone else’s take on this story. Or their take on reading Faulkner in general.

It’s hard to believe that it is already the halfway point for Deal Me In 2017. I selected my first Wild Card, the Two of Diamonds, for Week 26. “That Evening Sun Go Down” is included in my copy of The Best American Short Stories of the Century edited by John Updike. My Deal Me In list can be found here. Deal Me In is hosted by Jay at Bibliophilopolis.

Imagine a tree, a bird in the tree, the hills, the creek, a possum, the dog chasing the possum. Imagine yourself a woman who gathers stories in her apron. 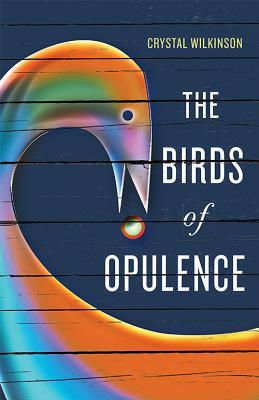 Crystal Wilkinson’s novel The Birds of Opulence visits familiar themes I’ve encountered in her short stories. There are familiar names and places, also. She weaves them all into a story of four generations of women who live in Opulence, Kentucky along with a friendship between the youngest of those four generations and a girl who has difficulty feeling she belongs in Opulence even though she grows up there.

Wilkinson scatters the novel with the joy of the mountain landscape, the pleasantry of singing birds and the celebratory nature of the community’s church picnic known as Dinner on the Grounds. These happy details are not a facade. They are real and alive.

At the same time, the joy melds with the haunting presence of mental illness and the dark spectre of racial, social and cultural prejudice. These aspects of the story are very real, also.

Wilkinson’s brilliance is her ability to bring both together without one dismissing the other. The tragic ending doesn’t displace the laughter, but the laughter doesn’t cover up the tragedy.

I’ll sum everything up by saying “Go and read this novel!”

And the War Department! But, oh, my soul, let’s draw the curtain over that part!

Mark Twain’s “A Curious Experience” is one of the longer of his short stories (at least the ones I’ve read so far) at 25 pages. I’m not sure whether it’s suppose to be funny or not. He could definitely be satirizing the military but this story has a different tone to it than most of Twain’s satirical writing. The plot focuses more on what is unknown to the reader and the narrator making it into a mystery with a little satire.

A young boy claims to be a Union sympathizer when he asks to be signed up for the war in the 1860’s. As the story unfolds, the Sergeant becomes more and more convinced that the boy, based on his actions, is a spy.

The satire, if that’s what it is, comes as the boy is able to wreak havoc on the entire company simply by pretending to be someone out of his “dime-store” novels – perhaps the comic books of the 1860’s.

In spite of the story’s length, Twain is able to make the plot brilliantly concise. It never roams or rambles but always heads straight to what I would consider the punchline. However, then the punchline has to be explained which maybe is the reason the story doesn’t ring as funny.

Pretty soon it was plain that something had got to be done. I suggested cigars.

Comedy rule of thumb: Always let the reader know about the Limburger cheese.

In Mark Twain’s “The Invalid’s Story”, the narrator is accompanying his dead friend from Cleveland to Wisconsin via train. Apparently, in the 1880’s, one actually rode in the same car as the coffin.

This story would not have worked if the Limburger cheese had not been disclosed to the reader up front.

Because the smell of a dead body – well – its just not that funny. 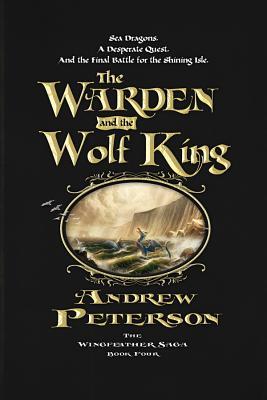 The voice repeated the words again and again, like a beating heart, until Janner was at last able to obey and to rest, rest, rest. There in the light of the Fane of Fire, Janner Wingfeather encountered – absorbed – an abiding peace that he would never forget all the days of his life.

He was still. And he was loved.

The title in Andrew Peterson’s The Warden and the Wolf King, his conclusion to The Wingfeather Saga, refers to Janner and Kalmar Wingfeather who take center stage along with their sister Leeli in this masterfully told story. The brothers continue to come to terms with who they are as the royal family of the lost Shining Isle of Anniera. This growth and growing up comes with more bumps along the way but the brothers continue to become aware of the other’s strengths and the need of each for the other.

Throughout the series, the children’s grandfather Podo reminds them of a game they play called Ships and Sharks. I have imagined this being a pirate version of Dungeons and Dragons. Podo tells them never to give up – there’s always a way out. A determination set with a resilient hope becomes the theme of the whole story and a driving characteristic of the children’s fight against the evil in their land.

My posts about these books have focused on Janner and Kalmar but I don’t want to leave out the character of Leeli, whose gift for music gives her a unique role in the war against Gnag the Nameless. She shows as much strength and bravery as her brothers.

As I thought in my previous post, names take on important meanings in the story and the fact that Gnag is Nameless is significant.

And then there is the ending. An ending I want to talk about but just can’t so as to let others enjoy and discover this tale on their own. But its an ending about which anyone who reads these books will have an opinion.

Maybe I’m letting the little kid in me come out when I simply say “I loved these books!” But I don’t think that’s a bad thing.