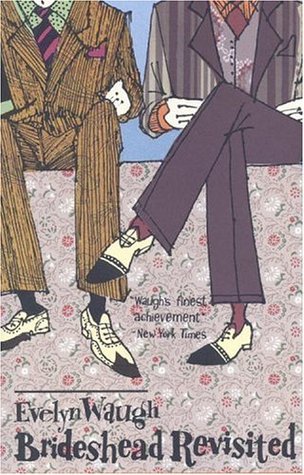 Ever since reading Marilynne Robinson’s Pulitzer Prize-winning novel Gilead in 2004 and then it’s companion novel Home a few years later, I’ve been hoping she would one day write Lila Ames’ story.  Lila is a significant but secondary character in these two novels.  She’s the rough-around-the-edges, other-side-of-the tracks, uneducated outsider who wanders into Gilead, Iowa sometime in the 1940’s, marries the aging Reverend John Ames, thirty-five years her senior, and has his child.  At the end of September, I received an email from Goodreads.com telling me about an upcoming interview with Robinson in time for the release of her new book – the title of the book: Lila. 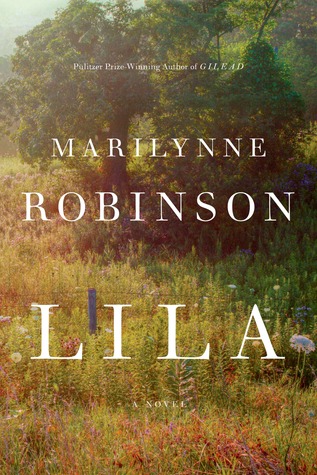 Robinson writes Lila with the same beauty of Gilead and Home; however, it has a sharpness to which the other novels only allude.  A sharpness that is just like the knife Lila brings to Gilead and continues to keep through her marriage and pregnancy.  Much of Lila’s backstory revolves around this knife that is more than just a keepsake.

The romance between Lila and John Ames involves fear and uncertainty more than the stereotypical feelings associated with falling in love.  Neither of them expects Lila to stick around.  In one poignant scene, Ames requests that if Lila leaves, she wouldn’t do it by running away but she would let him buy her a train ticket.

Though uneducated, Lila has learned to read and write and continues to teach herself by copying parts of the Bible given to her by “the old man”, as Lila sometimes refers to Reverend Ames.   For me, the fascination of Lila and Ames’ relationship lies in her ability to shake his faith to the absolute core, yet never demolish it.  Their conversations go directly to what kind of meaning can be found in life, what kind of meaning can be found in suffering and poverty, are any answers found in this “existence”, a word used frequently in the novel.  If any answers are found, they are by no means easy ones.

I’ve often said (somewhat tongue-in-cheek) that I think Catholics write better stories than Protestants.  Sometime I might go into more detail as to why I think that, but for now, I’ll just say that Marilynne Robinson is a major exception to my theory.

Top Ten Tuesday is a meme hosted by The Broke and The Bookish.  This week’s topic is books that make me think.  In some cases, it’s easier to come up with an author that makes me think as opposed to one book, but here goes in no particular order other than when they popped into my head:

1.  The Brothers Karamazov by Fyodor Dostoevsky

3.  Fear and Trembling by Soren Kierkegaard

4.  The Stranger by Albert Camus

7.  The Chosen by Chaim Potok

8.  We Make A Life By What We Give by Richard B. Gunderman

9.  When I Was A Child I Read Books by Marilynne Robinson

In 2011, I read Marilynne Robinson’s three novels, the Pulitzer Prize-winning Gilead, Home, and Housekeeping.  Since reading Richard B. Gunderman’s collection of essays on philanthropy, We Make A Life By What We Give, I’ve been fascinated by essays.  I guess essays are to non-fiction what short stories are to fiction.  As much as I enjoyed Robinson’s fiction, I was pleasantly surprised to discover that she has several collections of essays.  I picked up When I Was A Child I Read Books and read the title essay “When I Was A Child”.

Her essay starts out with “When I was a child, I read books…Surprising as it may seem, I had friends, some of whom read more than I did.”  She goes on to talk about her childhood out west in Idaho.  I love the way she states that “[r]elevance was precisely not an issue for me” in choosing what to read.  In other words, she didn’t care about the perception by the world around her of what she chose to read.  It seemed she found relevance for her in whatever she as an individual happened to read regardless of what others thought.

She continues to expound on this idea of “individualism” in discussing the culture of the West (meaning the western United States).  She relays an incident when a man from Alabama asked her what the difference was between the West, the East and the South.  Her response was “that in the West ‘lonesome’ is a word with strongly positive connotations”.  From reading her works, my guess is that Robinson isn’t promoting reclusiveness or hermitage, but simply pointing out the thought that “lonesomeness” is a part of any new frontier.  Being alone isn’t a sign that something is wrong.  “Alone”can have strengthening benefits.

Myself being a voracious reader of things that are not always perceived as “relevant” by the world around me, I found Robinson’s essay both insightful and comforting.  I thoroughly enjoyed her statement about people in saying “when I see a man or a woman alone, he or she looks mysterious to me, which is only to say that for a moment I see another human being clearly.”

Another essay in this collection is called “Imagination and Community”.  After reading about being “lonesome”, I’m curious what she might have to say about community.  That will probably be the next essay on my list to read.

Do any other voracious readers out there feel “lonesome” – in a positive way?

Top Ten Tuesday is a weekly meme created by The Broke and the Bookish.  It’s a fun way to share thoughts about books and get to know other bloggers.  This week’s topic is favorite quotations from books.  It was easier than I thought to come up with these.

The first two are fairly well-known as famous final lines (1) and first lines (2) from novels, maybe even a little cliché, but I like them so I included them:

1.        “So we beat on, boats against the current borne back ceaselessly into the past.”  From The Great Gatsby by F. Scott Fitzgerald

I’m still amazed at how much mileage Hemingway could get out of this line:

3.       “Brett was damned good looking.”  From The Sun Also Rises by Ernest Hemingway

On a personal note, I was going through somewhat of a “down” time in 2009 when I read this and thought “Someone actually knows how I feel!”:

4.       “Often I have not known where I was going until I was already there. I have had my share of desires and goals, but my life has come to me or I have gone to it mainly by way of mistakes and surprises. Often I have received better than I have deserved. Often my fairest hopes have rested on bad mistakes. I am an ignorant pilgrim, crossing a dark valley. And yet for a long time, looking back, I have been unable to shake off the feeling that I have been led – make of that what you will.”  From Jayber Crow by Wendell Berry

You have to read the whole short story to fully appreciate this line – one of the funniest lines I’ve read in a long time:

Since I’ve never sat down and talked to Stephen King, I don’t know for sure, but it seems like this line from one of his more recent novels sums up his view on life:

I loved this variation on Lao Tse’s proverb from this brilliant book of essays on philanthropy:

A great quote I’ve been carrying around with me for years from one of my favorite authors:

And the last one is from The Bible:

10.  For now we see in a mirror dimly, but then face to face; now I know in part, but then I will know fully just as I also have been fully known.  From New American Standard Verision, 1 Corinthians 13:12

I read this novel in both high school and college and this line always stuck with me, as well as everyone else in the classes:

11.  “Mother died today. Or, maybe yesterday; I can’t be sure.”  From The Stranger by Albert Camus

And since my wife and daughter are huge Jane Austen fans, I’ll include this one:

12.   It is a truth universally acknowledged, that a single man in possession of a good fortune must be in want of a wife.  From Pride and Prejudice by Jane Austen