In the many, many wonderful stories written by Ray Bradbury, it’s okay in my opinion if there is one “klunker” and “En La Noche” might be that one.

A woman misses her husband (who joined the Army) so much that her crying at night keeps her entire apartment building awake. The other tenants get so frustrated that they nominate one of the men (they are all married) to go to the woman and – well – get her to stop crying. I’ll let you use your imagination as to how he might do that.

I guess the humor in the story comes from the wife of the nominee who doesn’t really care what her husband does – as long as she and their five children get some sleep.

It’s kind of funny and kind of cute but just not my favorite Bradbury story.

I usually have trouble figuring out which paragraph or sentence to quote from a Bradbury story because every one of them is so great. That’s not the case, though, with this story. I’ll throw this one out there:

Silence lived in every room like a light turned off. Silence flowed like a cool wine in the tunnel halls. Silence came through the open casements like a cool breath from the cellar. They all stood breathing the coolness of it.

“En La Noche” is included in Bradbury’s collection A Sound of Thunder and Other Stories. I read it when I selected the Eight of Hearts for Week 41 of my Deal Me In 2018 short story project. My Deal Me In list can be found here. Deal Me In is hosted by Jay at Bibliophilopolis.

Continuing with Steven Millhauser’s collection Voices in the Night: Stories, here are my thoughts about four more stories:

Levinson is quite proud of moving to a small town which perhaps could also be considered a suburb of a large town. Millhauser includes tons of small town details about Levinson’s neighbors and streets and shopping mall.  As the story progresses, the small town changes almost before his eyes. And keeps changing. All of these changes get the full Millhauser detail treatment; however, I’m never sure of the point Millhauser is trying to make. Unless of course, all of these constant changes have no point. That’s a possibility.

This is the retelling of the fairy tale so the plot isn’t necessarily new although it might have a couple of different twists. What I thought was intriguing was the detail with which Millhauser describes the doubt and uncertainty the Prince has about Rapunzel. On a humorous note, the Prince actually enjoys climbing up the tower more than he does seeing Rapunzel. Meanwhile, Rapunzel wonders what takes him so long. 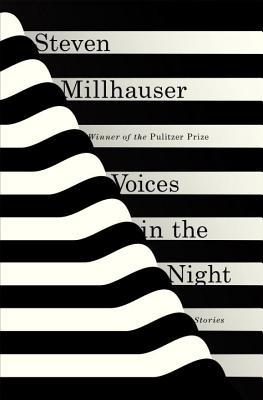 This story took me a while to understand and I’ll be honest, I’m not sure I still understand it. This is my take, though. As a kid, so much anticipation went into the start of summer vacation. An anticipation that many times never lived up to the hype by the end of the summer. In the story, this type of anticipation seems to cause a town to produce paranormal activity they can never quite figure out. My evidence for this interpretation comes from this paragraph – which I’m pretty sure will rank up there as one of my favorites this year:

By the middle of August we felt the exhaustion of adventures that had never taken us far enough. At the same time we were inflamed by a kind of sharp, overripe alertness to possibilities untried. In the languor and stillness of perfect afternoons, we could already feel the last days of summer, coming toward us with their burden of regret. What had we done, really? What had we ever done? There was a sense that it all should have led to something, a sense that a necessary culmination had somehow failed to come about. And always the days passed, like riddles we would never solve.

This reminds me of Ray Bradbury’s summer stories – from a different perspective. And of these four stories, this is my favorite.

Is this the story of a chauvinistic polygamist or just a man who appreciates feminine complexities? Or put another way: how many wives does this dude really have? Readers, themselves, can be the judge.

For my final installment of Bradbury of the Month, I read “The Sound of Summer Running”.  Just by the title, I could tell it would be full of themes familiar to Ray Bradbury readers. 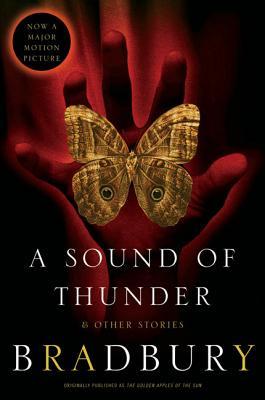 Many of Bradbury’s stories contain some sort of fantasy or magical element; however, it’s not uncommon for him to take something ordinary and give it a magical twist without turning it in to fantasy. In “The Sound of Summer Running”, the very ordinary act of a young boy wanting new shoes for summer gets the Bradbury magical treatment:

Somehow the people who made tennis shoes knew what boys needed and wanted. They put marshmellows and coiled springs in the soles and they wove the rest out of grasses bleached and fired in the wilderness. Somewhere deep in the soft loam of the shoes the thin hard sinews of the buck deer were hidden. The people that made the shoes must have watched a lot of winds blow the trees and a lot of rivers going down to the lakes. Whatever it was, it was in the shoes and it was summer.

The young protagonist makes a deal with the shoe salesman to work so he can pay for his new shoes. While it’s not as obvious, Bradbury seems to also put something magical into the act of working to buy one’s dreams. The kid’s excitement is inspiring.

For 2016, I will be selecting another Annual Featured Author. I’ve narrowed it down to a couple of authors. Unlike Ray Bradbury, in 2016, I’m going to be a little riskier and select an author whom I’ve never read before. Stay tuned to see who I finally pick.

Yet we were boys and liked being boys…

Ray Bradbury’s “R is for Rocket” has some of his usual themes – boys growing up and the excitement that comes with it, but in addition, the sadness of boyhood going away.

Bradbury always has a soft spot for summer and Saturdays. He has an understanding of what these mean (or meant) to children. I like that Bradbury doesn’t discount the importance of school room education but he readily affirms the idea that a type of education can also be found outside the classroom.

To reach for the stars, both figuratively and literally in Bradbury’s story, one has to move beyond summers and Saturdays but something is lost when one no longer has them.

It’s already October.  It’s hard to believe that after this post there are only two more editions of “Bradbury of the Month”.

This time around, I read Ray Bradbury’s short story “The Golden Kite, The Silver Wind”. Similar to “The Flying Machine”, this story is also written as an Asian fable.  It revolves around two cities back in ancient times when cities had walls built around them.

Of course, these are only walls in different shapes. It’s not as though there is an actual pig to eat an actual orange – or that any of the other shapes are real. They are only symbols and Bradbury has an interesting take on symbols:

Life was full of symbols and omens. Demons lurked everywhere, Death swam in the wetness of an eye, the turn of a gull’s wing meant rain, a fan held so, the tilt of a roof, and, yes, even a city wall was of immense importance.

While this story has some fairytale traits, it ends on a positive note (unlike most original fairytales). The title gives a clue as to the amicable ending.

For September’s Ray Bradbury story, I picked his very short story “I See You Never”.  I picked it because it’s title sounded a little different from other Bradbury stories – and it was. This story contains no science fiction or fantasy, no comedy or hyper-reality, but it still showcases Bradbury’s ability to tell a story.

Mrs. O’Brian, who runs a Los Angeles boarding house, answers her door to find Mr. Ramirez, her best tennant, with two policemen.  The entire story takes place within the doorway during this brief encounter.  Mr. Ramirez is being deported back to Mexico and has come to get his few possessions and say good-bye to Mrs. O’Brian.  Bradbury masterfully lets the reader know what a loss this is to Mr. Ramirez as the tennant looks past his landlady to the kitchen where her kids are eating breakfast.  The thoughts of Mr. Ramirez run through his various jobs and his ability to save money during his stay at the boarding house.  Meanwhile, Mrs. O’Brian remembers visiting old Mexican border towns.

Only a brief exchange of words take place between the two; however, the title phrase that Mr. Ramirez uses allows the reader to understand the finality of the situation.  That nothing ever stays the same and everything must sometime come to an end are the themes that Bradbury manages to brilliantly express with such a seemingly minor incident.

Here is one of the stranger paragraphs that I’ve read from Bradbury, but it somehow works within the context of the story:

Inside Mrs. O’Brian’s kitchen, pies were baking in the oven. Soon the pies would come out with complexions like Mr. Ramirez’ – brown and shiny and crisp, with slits in them for the air almost like the slits of Mr. Ramirez’ dark eyes. The kitchen smelled good.