When it comes to stories about men falling madly in love with women who need money to keep them happy and running around in the right circles – money that the men typically don’t have but they do everything they can to get it including perhaps breaking the law, F. Scott Fitzgerald takes the top prize.  However, Willa Cather’s short story “The Bookkeeper’s Wife” gets an A for effort. 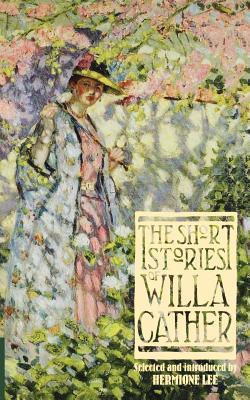 Percy Bixby is the bookkeeper whose wife is mentioned in the title.  His wife, Stella Brown, has tastes that require more than Percy can accumulate.  His boss notices that Percy never takes a vacation from his bookkeeping which leads to a confession.  The main problem I had with the story is that there doesn’t seem to be a reasonable explanation as to why Percy would have any interest in Stella in the first place.  Certainly, men have fallen for shallow women over and over again throughout literature and history; however, in good stories there is at least a reason for their infatuation – it may be a bad reason, but there’s still a reason.

At the end of the story, Stella makes one statement that gives her an inkling of depth and the possibility that she might be a shrewd observer of human nature.  She compares Percy to Charles Greengay, the apparent challenger to Percy for Stella’s affection:

“No, you ‘re a spender or you ‘re not. Greengay has been broke three times, fired, down and out, black-listed. But he ‘s always come back, and he always will. You will never be fired, but you ‘ll always be poor.”

It’s not a pleasant observation for Percy, but a shrewd one on Stella’s part, nonetheless.

Since it’s the next to the last week of my 2013 Deal Me In Short Story project, I don’t have to wonder which story I’ll read next week.  It will be “The Lees of Happiness” by F. Scott Fitzgerald.  We’ll see if he tops “The Bookkeeper’s Wife”.