I tried to read J. D. Salinger’s short story “A Perfect Day for Bananafish” with two mindsets at the same time.  The first mindset encompassed the background of the Glass family that I’ve read in Salinger’s other works.  The ending of “Bananafish” didn’t take me by surprise even if it was rather sudden and abrupt.  Almost all of the other stories about Seymour Glass and his family at least briefly mention this story’s ending.  The other mindset involved pretending that I didn’t know anything else about the Glass family.  If that was the case, I probably would have found the ending a little disturbing.  Even having previously read about the Glass family, there really isn’t any reason or rationale to the ending – just a little more preparation. 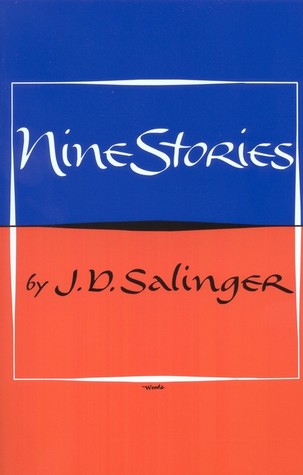 The story focuses on two women (actually one is a child) in the life of Seymour Glass.  I can’t exactly express fondness for his wife, Muriel; however, Salinger paints a vivid picture of her in a small amount of space.  She seems the typical late 1940’s New York sophisticate. She smokes a cigarette while crossing her legs and talking to her mother on the phone from her hotel room in Florida.  Muriel and Seymour are potentially on their honeymoon.

Meanwhile, Seymour, hanging out on the beach, encounters a child named Sybil Carpenter. From the descriptions in the story, Sybil is probably around five.  Sybil and Seymour’s exchange is rather innocent and it contrasts drastically with Muriel’s part in the story. After their friendly conversation, Seymour leaves Sybil and  returns to his hotel room. Seymour’s chat with Sybil has a prevailing, maybe even a foreshadowing, sadness to it. Lost innocence or perhaps even innocence never found could be considered the theme. A theme that’s not uncommon in Salinger’s writing.

One thought on “A Perfect Day for Bananafish”