I selected the Two of Diamonds for Week 8 of my Deal Me In 2015 Short Story project which is also my first Wild Card.  I decided to jump into the twenty-first century for this one and read Steven Millhauser’s “The Wizard of West Orange”.  I stumbled upon this story as I browsed my branch of the local library and found the 2008 edition of the Best American Short Stories edited by Salman Rushdie. My Deal Me In 2015 list can be seen here.  Deal Me In 2015 is sponsored by Jay at Bibliophilopolis. 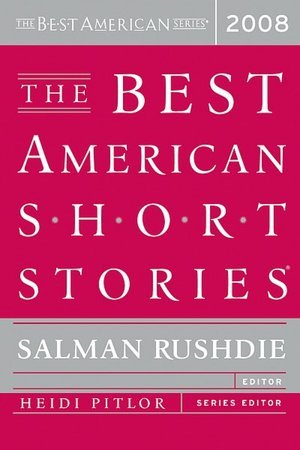 I have occasionally heard that there truly exist only thirteen story plots.  I’ve never heard exactly what any of these plots are so I don’t know how true that statement is.  As I’m reading “The Wizard of West Orange”, I found myself thinking that maybe Millhauser has discovered a fourteenth plot because the story is so unusual.  As I read further, I realized that the story did significantly resemble Mary Shelley’s Frankenstein; however, “Wizard” contained uniqueness and ingenuity in rare form.

In 1889, the Wizard, while not the protagonist, manages a research laboratory specializing in invention, and among other things, testing a new machine called a phonograph.  This information calls to mind another Wizard from Menlo Park.  I found it interesting that Menlo Park, NJ is also near West Orange, NJ.  In the story, no names are mentioned – he is simply the Wizard.

A research librarian tells the story through his journal entries and he is the character the reader gradually gets to know.  In addition to what could be called the conventional inventions or those machines that have become commonplace in the world, the Wizard and his associates are experimenting with a machine called a haptograph that records sensations to the skin or touch – similar to the way a phonograph records sound or a camera records sight:

Mimicry and invention.  Splendor of the haptograph. Not just the replication of familiar tactile sensations, but capacity to explore new combinations – pressures, touches, never experienced before.  Adventures of feeling. Who can say what new sensations will be awakened, what unknown desires? Unexplored realms of the tangible. The frontiers of touch.

The reader understands that the Wizard is aware of these experiments; however, he isn’t involved in the story to the degree that the narrator and other associates are. He’s simply always there – in the background.  As one might expect with a story like this, not everything goes according to plan. Ultimately, it’s the Wizard that determines how far the experiment will go.

Thinking about the fact that so many of the senses are able to be recorded or replicated, it came to me as a surprise that the recording of touch has never become commonplace. Perhaps that’s why this story seems so unique.

Millhauser is an imagination worth reading.

3 thoughts on “Steven Millhauser: The Wizard of West Orange”