Happy Thanksgiving!  The short story I read this week, “The Jelly-Bean”,  by F. Scott Fitzgerald doesn’t have a Thanksgiving theme. The title brings to mind a different holiday, but the story isn’t about Easter, either.  The term Jelly-Bean is given to men who don’t have money and don’t work.  The more pleasant term used in the story is “idle”.  The story is set in Tarlton, Georgia so maybe Jelly-Bean is a southern expression, too. 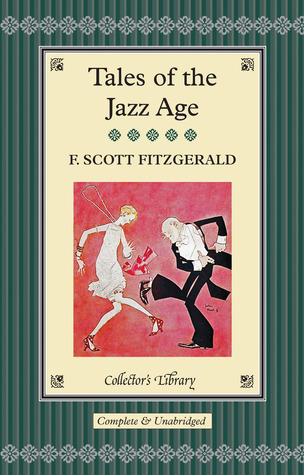 The Jelly-Bean’s name is Jim Powell, who unexpectedly gets invited by a wealthier acquaintance to a – you guessed it – party.  This is Fitzgerald, after all.  Foreshadowing The Great Gatsby,  Jim encounters Nancy with whom he is madly in love.  Of course, she is in a different class than he is.  Jim’s stroke of luck is just that.  He knows how to role the dice in crap-shooting.  With his luck, Jim manages to gain a passionate kiss from Nancy.  The reader, along with Nancy and even Jim, knows that’s all it is – one kiss.

The stories I’ve read so far from Tales of the Jazz Age have been just short of brilliant.  The possible exceptions would be “The Curious Case of Benjamin Button” and “A Diamond As Big As The Ritz” – both of which I read before blogging. I think Fitzgerald’s elaborate writing style lends itself better to novels than short stories.  Sometimes the stories seem to skip over needed detail – detail that could have been better expressed in a novel. 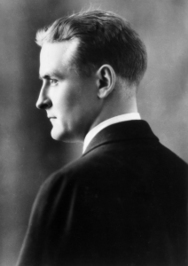 I’ve enjoyed the commentary from Fitzgerald, himself, at the beginning of the collection.  He indicated that this story was his first “collaboration”.  He needed someone with a Southern experience and it just so happened that his wife, Zelda, grew up in the South.  I was reminded of Zelda’s background not too long ago when I watched Woody Allen’s film, Midnight In Paris – his humorous film version of the Jazz Age and the Lost Generation.

One thought on “The Jelly-Bean by F. Scott Fitzgerald”