F. Scott Fitzgerald’s short story, “Tarquin of Cheapside”, contains what I would call a major  gimmick – but because of his writing style, it’s an eloquent gimmick. 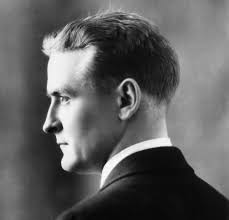 I consider the story fun and pleasant.  This was one of Fitzgerald’s earlier stories and foreshadows his writing style.  I’ve always thought of Fitzgerald as a compliment to Hemingway, his fellow “Lost Generation” member.  His writing style is ornate compared to Hemingway’s stripped-down style.  I discovered Fitzgerald and The Great Gatsby shortly after I had discovered Hemingway and The Sun Also Rises – back in tenth grade English.  The two of them continue to be my favorites all these years later.

3 thoughts on ““Tarquin of Cheapside” by F. Scott Fitzgerald”