For Week 46 of my Deal Me In 2014 short story project, I drew my final wild card.  I selected another story from The Oxford Book of American Short Stories, James Baldwin’s “Sonny’s Blues”.  My Deal Me In 2014 list can be seen here.  DMI is sponsored by Jay at Bibliophilopolis.

To me, this story is one of the more emotional ones I’ve come across in a while.  I read Baldwin’s novel Go Tell It On The Mountain earlier this year and was blown away by the gut-wrenching passion in his style.  That same passion comes through loud and clear in “Sonny’s Blues”. 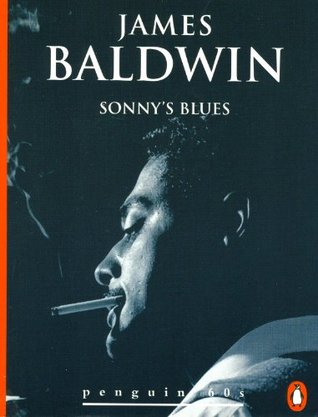 The story starts with the narrator reading in the newspaper about an incident involving drugs and his younger brother, Sonny.  It doesn’t take long for the reader to determine that the older brother is the “responsible” one, an algebra teacher, and the younger one is the musician and perhaps not so “responsible”.  Baldwin perfectly captures the complexity of the brothers’ relationship and the older brother’s distress over the newspaper article:

I was scared, scared for Sonny.  He became real to me again.  A great block of ice got settled in my belly and kept melting there slowly all day long, while I taught my classes algebra.  It was a special kind of ice.  It kept melting, sending trickles of ice water all up and down my veins, but it never got less.  Sometimes it hardened and seemed to expand until I felt my guts were going to come spilling out or that I was going to choke or scream.

The story contains some of the more devastating aspects of the brothers’ family background. Most of it, though, revolves around the older brother’s frustration with the choices of the younger brother.  In some cases, the choices could just be bad choices.  In other cases, they could be the result of Sonny’s artistic temperament or maybe the lack of understanding on the part of his family for that temperament.  What does it cost Sonny to be an artist? His health, his sanity, his soul?

An amazing aspect of this story is Baldwin’s ability to get inside the heads of both of these brothers.  It makes me wonder which character Baldwin related to the most.  The mind of an artist and the struggles that take place within that mind is a fascinating topic to me.  I think this story has now taken the spot of favorite for the year.