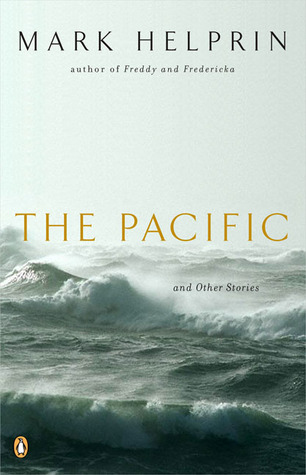 I drew my first wild card for Week #9 of my Deal Me In 2014 project and chose Mark Helprin’s “Perfection” from Jay’s list at Bibliophilopolis.  He also sponsors the Deal Me In challenge.  And I chose this story because I was the one who recommended it to Jay (even though I had yet to read it, but I think – or at least hope – I disclosed that fact at the time of my recommendation).  I do need to make a note to myself, though, to check out the length of a story before I recommend it to anyone.  At 70 pages, “Perfection” pushes the limit of being considered short.  But I would say that it has the feel of a short story as opposed to a novella – and I finally got a baseball story!

Philosophy, theology, metaphysics, baseball, and the meaning of life can always be rolled up into a really good story.  Think about Kevin Costner hearing “If you build it, they will come” in Field of Dreams – definitely a religious experience (and based on the novel, Shoeless Joe, by W. P. Kinsella).  Helprin’s story may not be quite what Kinsella’s story is, but it’s enjoyable all the same.

A minor infraction of the rabbinical code involving Swiss chocolate causes Roger, an adolescent Hasidic Jewish boy, to pull the New York Yankees out of a slump:

Early in June of 1956, the summer in New York burst forth temperate and bright, the colors deep, the wind promising.  This was the beginning of the summer that was to see the culmination of a chain of events that had begun, like everything else, at the beginning of the world, but had started in a practical sense in March of the previous year, when the Saromsker Rebbe opened the wrong drawer.

Helprin skillfully brings to life a few famous people such as Mickey Mantle and Yogi Berra, the latter complete with his unusual way of summing up the world.  I’ve always thought it a difficult task for an author to incorporate historical figures as fictional characters.  He also has some fun with accents and the Yiddish language.  When asked how much he weighs, Roger replies “Thirteen and three-quarter shvoigles”.  Not knowing the equivalent in pounds, he further indicates that “there are eight beyngaluchs in a shvoigle”.   Helprin’s warmth and humor remains in tact for the majority of the story.

However, a downside to the story does exist.  I’m not fond of the technique in which one of the characters gives a lecture or has a conversation where they explain the meaning of the story – just in case the readers don’t get it.  Personally, I think a good story can stand on it’s own.  And “Perfection” could definitely fall into this category without having Roger lecture the Yankees in the locker room as to the meaning of his involvement with them and the meaning of life in general.  Even so, I still got a little chuckle out of the lecture.

This story is included in Helprin’s collection Pacific and Other Stories.