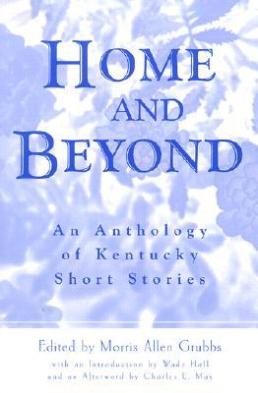 While Robert Hazel’s short story “White Anglo-Saxon Protestant” was published in 1967 and is set during the Kennedy presidency close to sixty years ago, it seems as though it could very well have been set in 2020.

The story feels divided into two parts that don’t connect well but other than that, the story packs a powerful punch. Richard, the narrator, teaches poetry and literature in New York City. He occasionally mentions that he grew up in Kentucky but that’s the extent to which Kentucky is mentioned in this story. The dividing part of the story is the stabbing death of Richard’s friend, Hampden. The first part of the story is character driven in which the reader is introduced to Hampden’s bigoted worldview while also understanding that Richard isn’t of the same mindset as his friend in spite of the story’s title being an accurate description of both men.

After Hampden’s death, Richard walks around the New York City streets pondering the world he lives in. His thoughts and descriptions play out to the final paragraph:

I try to imagine a time of love and goodness. I try to imagine God, or at least imagine a time when God may have lived. There is always a feeling that a human being ought to be more than a brick with an obscene word scraped into its face in an old wall. That man ought not be in despair, alone, to die in the street, as Hampden did, or die standing up, listening to music, as I do now.

This story is included in Home and Beyond: An Anthology of Kentucky Short Stories edited by Morris Allen Grubbs. I read it when I selected the Nine of Diamonds for Week 30 of my Deal Me In 2020 short story project. Check out my Deal Me In 2020 list here. Deal Me In is hosted by Jay at Bibliophilopolis.