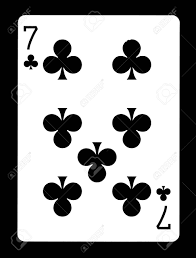 It’s the summer of 1970 and Peter has a student deferment from Vietnam. He’s trying to get Lizzie to sleep with him but she is “deferring ” that. I guess the title of Dwight Allen’s short story “Deferment” has something of a double entendre.

With Vietnam looming large in the background and Thelonious Monk as the soundtrack, Peter and Lizzie grapple with and search for the meaning and purpose in their lives. Whether they succeed in this search isn’t really the point of the story. It’s more about the attempt and its difficulty and the disappointment they may not even realize they are feeling when world circumstances beyond their control seem to make choices for them. In an image that I won’t soon forget, they both climb to the top of a no-longer-used bridge that crosses the Ohio River from Louisville to Indiana:

All but the last glow of day had been sucked from the sky. The lights of downtown Louisville were on, and there was a sprinkling of lights along the Indiana shore. In the growing dark, the bridge seemed to lose its firmness, to become tracery in the sky.

“Deferment” snuck up on me but it’s now definitely a favorite from this anthology and of the stories I’ve read so far this year.

This story is included in Home and Beyond: An Anthology of Kentucky Short Stories edited by Morris Allen Grubbs. I read it when I selected the Seven of Clubs for Week 23 of my Deal Me In 2020 short story project. Check out my Deal Me In 2020 list here. Deal Me In is hosted by Jay at Bibliophilopolis.

One thought on “Dwight Allen: Deferment”