When I left I heard the beautiful bells ringing to announce that it was five o’clock and I went home in a lyrical mood, admitting that I had spent many happy, ridiculous days in this town.

Along with the old adage that you can’t judge a book by its cover, it appears you can’t judge a short story by its title. When I realized that Elizabeth Hardwick’s short story “Evenings at Home” showed up as my first short story for Deal Me In 2018, I wondered why I had put this story on my list since the title seemed too uninviting – rather boring, if I’m honest.

However, it blew me away and while I have 51 more stories to go in 2018, I can’t help but think this is going to rank somewhere at the top as a favorite.

The narrator returns home to Kentucky after living in New York City for a while. The story feels like a stream of consciousness moving through the emotions between what is and what used to be. The emotions also move in and out of the conflict between both the narrator’s disdain and love for her hometown. In theme and style, this story reminds me very much of Jamaica Kincaid’s “Poor Visitor”. 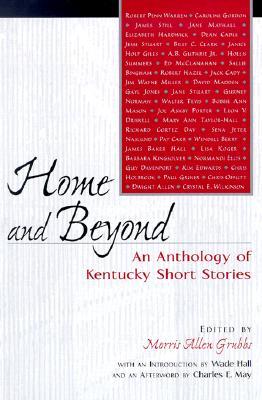 Incidentally, the introduction to this story explains that Hardwick herself moved to New York City after graduation from the University of Kentucky. It’s included in my copy of Home and Beyond: An Anthology of Kentucky Short Stories edited by Morris Allen Grubbs. I read it when I picked the Five of Diamonds for Week 1 of my Deal Me In 2018 short story project. My Deal Me In list can be found here. Deal Me In 2018 is hosted by Jay at Bibliophilopolis.