As I’m reading through Ron Rash’s short story collection Something Rich and Strange, a collection of short stories set in Appalachia over various time periods, I’ve been wondering (stereotypically, I know) whether snake handlers would show up. They do in his story “Chemistry”.  However, I didn’t expect them to be a part of such a poignant story or one that coincidentally would make me think about Easter. 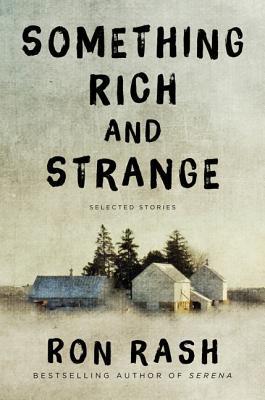 Teenager Joel begins the story as his father, a high school chemistry teacher, leaves the hospital after a mental breakdown. Recovering, the father goes back to work, takes up scuba diving and leaves his Presbyterian church to return to the Pentacostal church of his childhood.

While not portraying mental illness lightly, Rash paints the father as someone who now has a new lease on life, almost as someone who has been reborn. The contrast between old and new life accompanies a deeper look at the roles of knowledge and faith and asks the question whether faith is reasonable or unreasonable. He tries to explain this to his son:

“Your mother believes the holy rollers got me too young, that they raised me to see the world only the way they see it. But she’s wrong about that. There was a time I could understand everything from a single atom to the whole universe with a blackboard and piece of chalk, and it was as beautiful as any hymn the way it all came together.”

He includes a story of a newly found friend:

“There was nothing in this world to sustain him, so he had to look somewhere else. I’ve had to do the same.”

The father seems to have come to terms with what he believes and has found a peace for himself. Joel still isn’t sure but his father has made an impact on him or else, at least in my mind, he wouldn’t be telling the story. And I’m glad I’ve read Ron Rash’s story as I contemplate Easter today.