And He says: I am a Father too.

Yes, I say, as You are a Son Whom this morning I will receive; unless You kill me on the way to church, then I trust You will receive me. And as a Son You made Your plea.

Yes, He says, but I would not lift the cup.

Andre Dubus’s “A Father’s Story” contains a raw and visceral spirituality that will make my decision for favorite story of the year more difficult.

Luke Ripley, a Massachusetts stable owner in his mid-50’s, lives with plenty of money and plenty of loneliness. Considering himself a bad Catholic, he finds a semblance of companionship in drinking, smoking and talking with Father Paul LeBoeuf. Having lost his family to divorce years ago, Jennifer, Luke’s only daughter of four children, still remains in contact with him. 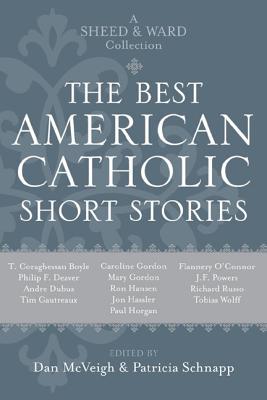 Dubus begins the story with an introspective Luke evaluating his life. Luke’s attempt at contemplation enhances his loneliness and his conclusion that his life is not exactly full.

Dubus then seemlessly contrasts the inward-looking Luke with a literal dark night of the soul as Luke must outwardly deal with tragic circumstances in which his daughter is involved. The story allows the reader to know Jennifer’s story before Luke discovers it but amazingly keeps the reader on the edge of their seat as Luke walks, sometimes crawls, though a dark woods for the answer both he and Jennifer are looking for – an answer they need but don’t necessarily want.

Dubus ends the story with a conversation between Luke and God – not a sweet supernatural conversation but a gut-wrenching, fist-shaking prayer.

“A Father’s Story” is included in my copy of The Best American Catholic Short Stories edited by Daniel McVeigh and Patricia Schnapp. I read this story when I selected the Five of Clubs for Week 37 of my Deal Me In 2016 short story project. My Deal Me In 2016 list can be found here. Deal Me In is sponsored by Jay at Bibliophilopolis