Then, by an effort that evidently taxed his fading powers to the last degree, he fixed his eyes firmly on those of the young woman. Here was a martyr of the divine sort, true and unchangeable in the flame of the torture.

I selected the Two of Hearts for Week 13 of my Deal Me In 2016 short story project. I’ve designated Two’s to be Wild and Hearts is the suit I’ve designated for stories about my current home state of Kentucky. “The Legend of Potato Creek” by Maurice Thompson is set in Indiana, a previous home state of mine and not that far from Kentucky so it still loosely fits with my Hearts topic. I first heard of this story from Jay’s recent post over at Bibliophilopolis. Still a current Indiana resident, Jay’s Deal Me In 2016 list contains all stories with an Indiana connection.

I’m not sure of the difference between sentimental and melodramatic but I think both can describe this pleasant story.  Rose Turpin visits her uncle and on a warm summer day encounters Zach Jones, a sick man with a sick horse. In a not-quite-but-almost fairly tale manner, Rose has a healing effect on both the horse and the man. 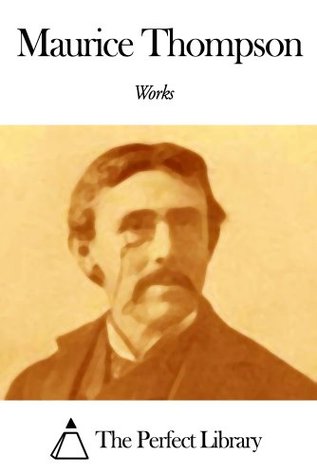 I’m not one to put symbolism into every little detail of a story; however, a yellow butterfly continuously flits in and out of the story for no apparent reason – other than  perhaps to serve as a symbol. In this story, I would venture to guess that the butterfly represents something like “new life”- the new life that Zach and his horse receive when they meet Rose.

How long does this new life last? I won’t give that part away.

My Deal Me In 2016 list can be found here. Deal Me In is sponsored by Jay at Bibliophilopolis. I read this story on-line for free here.