They left a note saying teenagers were as capable of true love as anybody else – maybe more capable. And then they took off for parts unknown.

Kurt Vonnegut’s short story “Runaways” compares in format to “A Night for Love”; however, this is the cynical and satirical version. Two teenagers supposedly in love leave town.  The girl is the daughter of the Governor of Indiana and the boy, just out of reform school, is from the “other side of the tracks”. 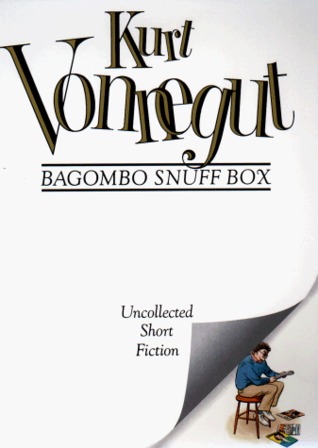 One of my favorite aspects of Vonnegut’s writing is that he is willing to skewer everyone with his wit. In many of his stories, he tends to not take sides.  Everyone is fair game.  In the case of “Runaways”, he makes fun of parents, teenagers, Governors andpop music-not to mention rich people and poor people. The parents all have an “how dare you” attitude with the teenagers and with each other.  The teenagers, while proclaiming their love to the media, obviously don’t have a clue what they are doing.

One of the funniest episodes in the story is a conversation that the boy and girl have with “each other”.  It’s a long conversation taking the better part of two pages; however, they each might as well be talking to themselves as well as the other one listens.

Vonnegut is a true observer of human nature – one worthy of making fun of the whole human condition.