For Day 2 of Saul Bellow Week, I read his short story “Zetland: By a Character Witness”.  This one came in at only about 30 pages – a little shorter than “Him With the Foot in His Mouth”. 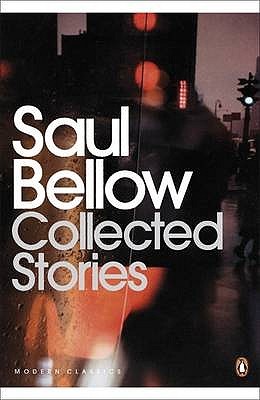 Very short on plot, the story sets out the childhood and early married life of Elias Zetland, an intellectual Jewish boy growing up in Chicago (I’m seeing a pattern, here).  The narrator is unnamed and only gives a slight clue as to his relationship with Zetland (or Zet as he calls him).  He seems to be a boyhood/adolescent friend who knows much about Zet’s life.

The usual early adulthood changes make up the plot.  Zet marries Lottie – a marriage neither family likes.  They move from Chicago to New York and Zet changes his mind about majoring in philosophy when he reads Moby-Dick.  Melville and Moby-Dick have been popping up in a lot of the stories I’ve been reading lately.

There is a light-hearted depth to “Zetland” that I’m finding is characteristic to the Saul Bellow stories I’ve read so far.  The depth comes from an obviously intelligent writer creating intelligent characters.  The light-heartedness keeps both Bellow and his characters from taking themselves too seriously.

As a native of Chicago, Bellow writes a little tongue-in-cheek as Zet and Lottie move to New York:

Zet and Lottie swam into New York City from the skies… They were in the East, where everything was better, where objects were different.  Here there was deeper meaning in the air.

I would (so far) consider Woody from “A Silver Dish” as the best example of Bellow’s characters – smart, but not wanting to follow the path set out for them by family or society. Perhaps Zet might come in second.