For week 48 of my Deal Me In 2014 project, I drew the Nine of Hearts which corresponded to Robert Louis Stevenson’s short story, “Will O’ The Mill”.   My Deal Me In 2014 list can be seen here.  DMI is sponsored by Jay at Bibliophilopolis.  I originally put this story on my list simply because the title had a nice ring to it and I liked saying it.  The story, itself, had a nice ring to it, also. 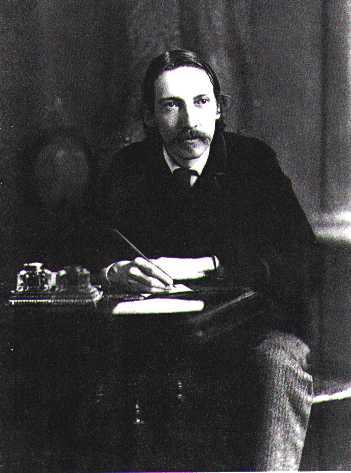 As a child, Will lives with his adopted parents at a mill – as one might expect from the title. Throughout his childhood and adolescence, he watches travelers of all sort move by the mill to the towns below.  Talking to the travelers, Will has a longing to see what is beyond the hill and river where the mill is located.  In looking at the stars at night, Will longs to see something different.

As his parents die, Will adds an inn to the mill and becomes quite prosperous and well-known to travelers all around.  He becomes engaged to the parson’s daughter; however, realizes that marriage may not be for him.  He opts for friendship over romance.

The interesting aspect of this story is that Will almost goes off to explore the world, but doesn’t.  He almost gets married, but doesn’t.  Does he have any regrets over these “almosts” not being actualities?  Based on my reading, I would have to say “no”.

While this story isn’t really a fantasy, it has one of the best personifications of “Death” that I’ve encountered in a story since The Book Thief.  It’s what will make the story memorable to me.

And last, but not least, Stevenson weaves this story with some wonderfully detailed narrative.  Details of Will’s nature, human nature, and the world’s nature abound:

It is the property of things seen for the first time, or for the first time after long, like the flowers in spring, to reawaken in us the sharp edge of sense and that impression of mystic strangeness which otherwise passes out of life with the coming years; but the sight of a loved face is what renew’s a mans character from the fountain upwards.

2 thoughts on “Robert Louis Stevenson: Will O’ The Mill”