It’s been a Melville summer with my Deal Me In 2014 project.  This week I drew the Jack of Spades and read Herman Melville’s story “The Encantadas”.  It’s the third Melville story I’ve selected since the beginning of June.  My Deal Me In 2014 list can be seen here.  DMI is sponsored by Jay at Bibliophilopolis.

“The Encantadas” is the mid nineteenth century version of the nature documentary.  I can imagine Morgan Freeman reading this.  The title gets it’s name from the group of islands in the South Seas that are known as either  the Encantadas, the Enchanted Isles, or the Galapagos.

To those of us in the 21st century, the third name is probably the more familiar.  The frequently associated tortoises of these islands get the full Melville treatment:

As with any good documentary, a few interviews get included.  A Buccaneer and a couple of castaways tell of their experiences on the islands.  These tales really don’t make up a plot.  They simply add to the intrigue of the geography.  I  can easily imagine them being told on film with the storyteller’s name at the bottom of the screen. 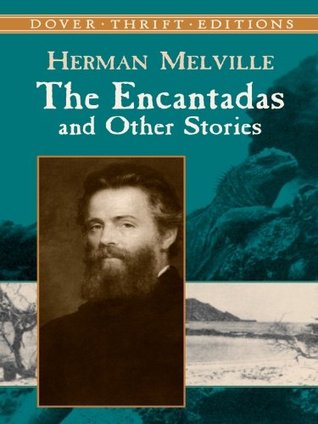 In reading this, I couldn’t help but realize that ten years ago, I probably would have dismissed this story or not even finished it.  Am I becoming a more mature reader – or just old?

7 thoughts on “Herman Melville: The Encantadas”