I first heard of Nobel Prize winning Henryk Sienkiewicz’ “The Lighthouse Keeper of Aspinwall” when Jay at Bibliophilopolis posted about it last year.   This week I drew the Ten of Diamonds which corresponded to this enjoyable story.  My Deal Me In 2014 list can be seen here.  DMI is sponsored by Jay at Bibliophilopolis. 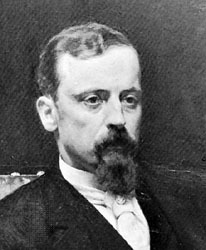 Skavinkski, now an old man, becomes employed at a lighthouse on the coast of Panama.  The lighthouse beckons him from his life of adventure, his world travels, and his childhood in Poland.  It doesn’t appear that he has many regrets in how he has lived his life and he welcomes living out the end of his days in peace and solitude.  He and his routine become one with the landscape and the seascape and the wildlife.

In the midst of Skavinski’s tranquility, he receives a thank you gift from a Polish society in New York City:

The books came in the natural way; but at the first moment the old man could not seize those thoughts. Polish books in Aspinwall, on his tower, amid his solitude,–that was for him something uncommon, a certain breath from past times, a kind of miracle. Now it seemed to him, as to those sailors in the night, that something was calling him by name with a voice greatly beloved and nearly forgotten. He sat for a while with closed eyes, and was almost certain that, when he opened them, the dream would be gone.

The memories and reflections that the gift brings to the old man affects another change in his life.  In certain respects the gift seems an intrusion to his way of life – but not an unwelcomed one.  Is this change for the positive or the negative?  I have my ideas but I love the beautifully ambiguous way the story ends.

It’s interesting that I selected this story this week as I’m currently reading a short novel about another old man and, well, the sea.  I’m enjoying the comparisons and contrasts between the two.  Look for another post about this novel, soon.

9 thoughts on “Henryk Sienkiewicz: The Lighthouse Keeper of Aspinwall”