When Julian Chestny, college grad in Flannery O’ Connor’s “Everything That  Rises Must Converge”, states that “he is not dominated by his mother”, the reader already has enough information to think “yeah right”.  The tension between mother and son is apparent in their discussion as they board a city bus so she can take an exercise class at “the Y”. 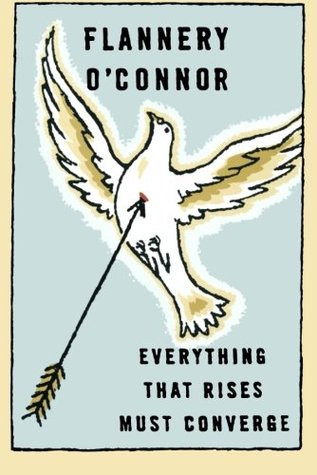 While the contentions between them are numerous, the one that rears it’s ugly head on the bus ride is racism.  The story takes place just as city buses in the South are becoming integrated.  Keep in mind, though, that this is Flannery O’Connor and I’ve found that it’s not uncommon to find myself laughing hysterically at situations that are also very disturbing.  As several African-American  passengers board the bus, a scene of musical chairs (or seats, rather) plays out as well as anything in a Marx Brothers movie.   It amazes me how brilliant physical comedy can be written in a book.

Julian’s mother says that it is fine for “them” to rise as long as they “stay on their side of the fence”.  That is the closest to the story’s title being mentioned, but a convergence does occur.  Some may want to mistake O’ Connor’s political incorrectness for outright racism.  I would point them to the end of this story as proof otherwise.  I highly recommend this story!

17 thoughts on “Flannery O’Connor: Everything That Rises Must Converge”