Hey!  It’s Jack London week here at Mirror w/ Clouds!  I just finished reading his novel  Before Adam and posted about it here.  Then, this week I drew the Eight of Hearts for my Deal Me In 2014 project which brought me to London’s short story “Negore, The Coward”.   My Deal Me In 2014 list can be seen here.  DMI is sponsored by Jay at Bibliophilopolis.  Jay also posted about this story last year. 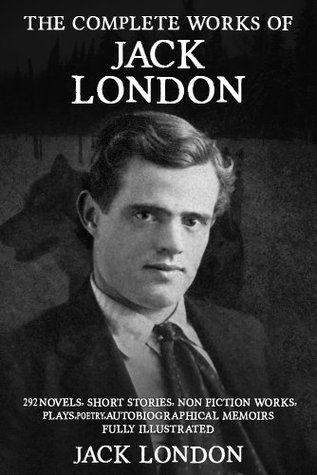 “Negore, The Coward” poses some interesting questions both from a literary standpoint and from a philosophical one.  Negore is branded a coward by his people of Alaska as they fight the Russians in the mid-Nineteenth century.  His reasoning behind his act of cowardice isn’t actually known until he returns to his people and to Oona, the woman he loves.  Oona only half accepts his explanation, but gives him an opportunity to prove himself once more.  I’m still not sure how I feel about Oona.  She asks for a lot.

But attempt to prove himself is what Negore sets out to do.  Does he succeed?  I’ll have to leave that up to anyone who happens to want to read this story.  It can be found here for free.

As I’ve said, the story asks some fascinating questions.  Which is better – a dead brave man or a coward who has managed to survive?  Are there things worth dying for or should survival be priority?  Aside from these philosophical questions in general, I also couldn’t help but be curious about what Jack London, himself, thought.  Survival plays a key role in much of his writing.  The brutality of nature tends to be a common enemy to humanity.  Just a gut feeling makes me think London could very well have thought that anyone who is able to survive, regardless of the means, has a certain amount of bravery and cowardice is only in the eye of the beholder.  Are there noble reasons to be considered a “coward”?  Can sacrifice be viewed as “cowardly”?

All in all, a very enjoyable and thought-provoking story.