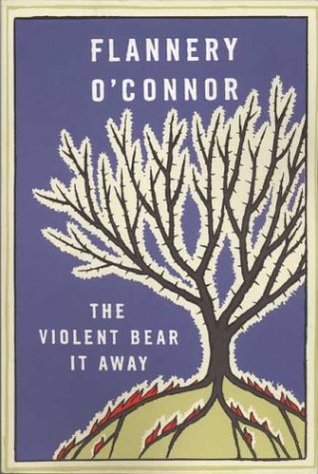 Last week, I was sitting at my kitchen table eating breakfast getting in a couple of pages of The Violent Bear It Away when Rayber, the schoolteacher in the novel, flashes back to his attempt to commit an horrific act of violence toward his idiot son.  Thinking about it for the rest of the day, it was a reminder that Flannery O’Connor is not for the faint of heart.  She’s not for the politically correct, either.

Prior to the flashback, Rayber muses about his feelings for his son, Bishop:

In O’Connor’s world, one human being can encompass the capacity for incredible love and intense hatred.

In her world, the bushes burn and the crazy become prophets.

In her world, an old man can lay in his handmade coffin telling his grand-nephew how to bury him – making the scene morbid and funny.

I wish she had been able to write more.

6 thoughts on “The Violent Bear It Away”