In drawing the Jack of Diamonds for Week 22 of my 2014 Deal Me In project, I read George MacDonald’s short story “The Gifts of the Child Christ”.  This is the first work I’ve read by MacDonald whom I’ve heard of occasionally as a Scottish author who significantly influenced C. S. Lewis and J. R. R. Tolkien.  I originally picked this story because it had a Christmas-like title.  I was looking to include a Christmas story in my DMI list knowing full well that the story might not get chosen near the holidays.  It might get chosen at – say – the end of May. 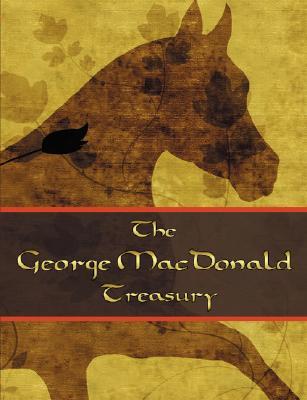 According to www.online-literature.com, MacDonald lived from 1824 to 1905 and became known for writing fantasy stories for children (of which this is not one).  In reading about his writing, it seems the word “gentle” is often used to describe it.  Based on “The Gifts of the Child Christ”, I would consider that word to be appropriate, but this story is not gentle in a light-hearted manner.  It’s a strong gentle.  It reminds me of another “Gift” story – O. Henry’s “The Gift of the Magi”.   Whereas O. Henry’s story shows the intense sacrifice resulting from a couple’s love, MacDonald’s story begins with the selfishness of three people and a little girl entwined in their lives.

On Christmas Eve the church bells were ringing through the murky air of London, whose streets lay flaring and steaming below. The brightest of their constellations were the butchers’ shops, with their shows of prize beef; around them, the eddies of the human tides were most confused and knotted. But the toy-shops were brilliant also. To Phosy they would have been the treasure-caves of the Christ-child–all mysteries, all with insides to them–boxes, and desks, and windmills, and dove-cots, and hens with chickens, and who could tell what all? In every one of those shops her eyes would have searched for the Christ-child, the giver of all their wealth. For to her he was everywhere that night–ubiquitous as the luminous mist that brooded all over London…

MacDonald skillfully weaves the story by alternating between the points of view of each character.  This technique brings out each adult character’s self-absorbed isolation.  The point of view of the little girl serves not so much as a contrast to the adults but as an indication of the impact of the adults’ selfishness.  When a Christmas Day tragedy brings together the adults and the little girl, the path to hope and forgiveness suddenly doesn’t seem as difficult.

It would be very easy to put this story in the Hallmark Channel category; however, MacDonald’s writing contains a sadness, even in the end, that keeps it from being sentimental.  It makes me want to continue exploring his writing.

7 thoughts on “George MacDonald: The Gifts of the Child Christ”