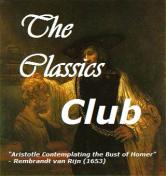 The monthly meme question at The Classics Club for March happens to be the question I submitted so I thought I would take a stab at answering it:

What is your favorite “classic” literary period and why?

It’s not difficult for me to pick my favorite literary period.  In coming up with a list of my favorite books, by and large, they fall into the category of “Early Twentieth Century”.  Ernest Hemingway, F. Scott Fitzgerald and Jack London always come to mind when determining favorites, as do J. R. R. Tolkien, C. S. Lewis, G. K. Chesteron, Evelyn Waugh and John Steinbeck.  Recently, I’ve discovered Willa Cather and Edith Wharton – while Cather could be included in favorites, the jury is still out with Wharton.   And I can’t forget Margaret Mitchell and her one great novel.

I don’t know who decides which years “Early Twentieth Century” encompasses but I would ask to be allowed to include J. D. Salinger, Kurt Vonnegut and Flannery O’Connor in this period, as well as James Baldwin, whom I just read for the first time last week.  These authors all published something in the 1940’s and/or 1950’s which I will still include as “Early” even though several of them continued publishing into the “Later Twentieth Century” and in some cases into the “Twenty First Century”.

Why is this time period my favorite?  That’s the more difficult part of the question to answer.  In some respect, it’s simply that these were the authors I read when I first discovered literature during the summer before 10th grade.  They were the first authors I read when I discovered that there was something more to reading than just an exciting plot – that there was something about the words chosen and the way they were put together.  But one could learn this with any literary time period.

I think another reason would be that from my historical perspective, the “Early Twentieth Century” is on the edge of the old and the new.  It’s far enough in the past to be intriguing but yet close enough to the present to see direct connections and influences to the world in which I live.

Just curious, do you have a favorite literary period?