After taking much longer than I anticipated, I have finally finished Earle Labor’s definitive biography Jack London: An American Life.  Anyone who has enjoyed Jack London’s works would most likely take an interest in this book.  Labor’s well-researched material provides major insight into the life and times of this complex man.  Most of my curiosity going into the book revolved around how London’s stories of the self-made man with the “pull yourself up by your boot straps” mentality could be reconciled with his membership and support of the Socialist Party.  While Labor recognizes what might seem to be a disconnect, he doesn’t spend a significant amount of time discussing it.  I would have enjoyed hearing the thoughts and ideas of a London expert, but perhaps a little London mystery is worth preserving. 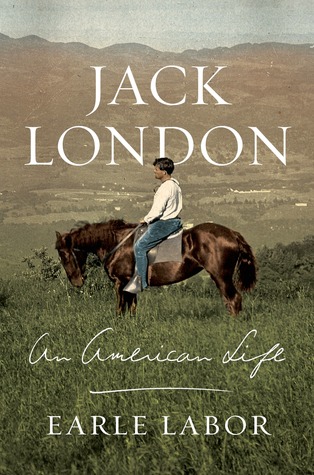 Labor places a considerable amount of emphasis on London’s status as a celebrity.  In a world without radio, television and internet, a time when authors were the major source of entertainment fascinated me.  Jack London made newspaper headlines on a regular basis and in today’s world he would have at least occasionally been on the front page of supermarket tabloids.  His famous South Pacific voyage on his boat the Snark captured much of the world’s attention.

London’s personality is one of perseverance, win or nothing, fear had no place in his world.  My favorite lines from the book are about London, his second wife Charmian and the rest of the crew of the Snark:

In spite of his outgoing attitude, London was known to cry over wounded animals and go out of his way to rescue a baby bird from drowning.

It would be interesting if this book brought about a revival of Jack London popularity – maybe to compliment the Jane Austen revival that seems to go on and on.

4 thoughts on “Jack London: An American Life by Earle Labor”