The brilliance of Ring Lardner’s short story, “Haircut”, sneaks up on the reader.  At first glance, it seems like a nice little story about small-town America circa 1925.  The entire narrative is told by the town’s barber, Whitey, as he gives a haircut to one of his customers.  I couldn’t help but think of Floyd the Barber in The Andy Griffith Show.

Whitey gossips some about the townspeople to his customer, whom I get the impression is not a regular.  While characters typical of the place and time pop in and out of Whitey’s tale, his focus always comes back to Jim Kendall whom he describes frequently as “what a card”.  Jim’s a funny guy, a practical joker, a little wild and slowly but surely, the reader figures out that Jim is – in a word – mean.  Whitey essentially treats Jim lightheartedly and laughs off his cruelty.  The reader could almost put themselves in the place of the customer, who is never heard from throughout the story but can’t help but be known and can’t help but understand the real Jim behind the barber’s tale. 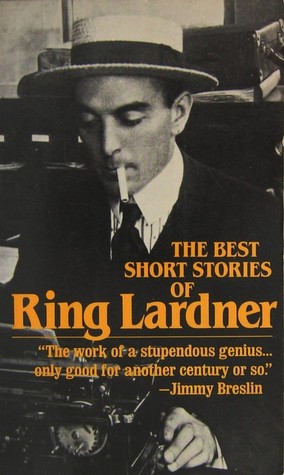 Eventually, Whitey gets around to a young kid named Paul, who Jim dubs a “cuckoo”.   Whitey’s understanding of what happens between Jim and Paul is predictably naïve, but the customer, or rather the reader, picks up on the fact that Jim underestimates Paul.  While Jim’s character gives the story a disturbing effect, I think the barber’s casual acceptance or his “that’s just the way it is” attitude makes “Haircut” truly chilling.

This is the first story I’ve read by Ring Lardner.  A tale told by a barber could have easily been just a gimmick, but Lardner turns it into something both sinister and thought-provoking.  This story ranks up there with the best of Twain or O. Henry.  I’m looking forward to reading more of Lardner’s work.

The only thing that disappointed me is that when I originally picked the story for my Deal Me In list, I thought it would be about baseball.