In Wise Blood, Flannery O’Connor takes the reader on a comically spiritual ride through the wreckage and muck of humanity- throwing in a gorilla suit for good measure.   She holds up a sign for American Christianity that says “Welcome to the Freak Show” – or at least it seems that way on the surface.  I sense she has a deeper meaning buried somewhere underneath everything.  A small introduction by the author in my edition reveals a few clues. 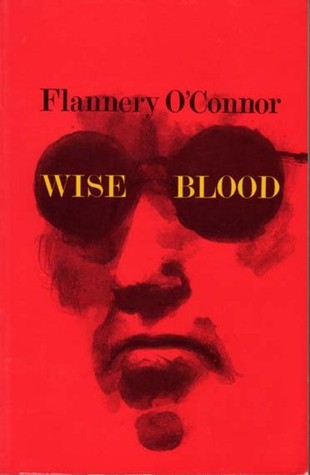 O’Connor’s protagonist, Hazel Motes, reminds me of something C. S. Lewis wrote in his autobiography, Surprised By Joy.  As a young man, Lewis decided that God did not exist and he promptly became angry at God for not existing.  Motes strikes me as just such an angry young man.  He appoints himself preacher of the Church Without Christ and preaches on the hood of his Essex in front of movie theaters that his church has the better way: forget Jesus.  For Motes, Jesus is a “wragged figure swinging from tree to tree” and while Hazel promotes blasphemy as a better life, he can’t seem to shake the idea that he needs to pay some sort of penance – for something.  Guilt just doesn’t flee that easily.

Various secondary characters wander across Motes’ path.  Enoch Emery consistently proved to be my favorite.  An 18 year-old working at a zoo with a circus-like museum, Enoch chases a few women, drinks a few chocolate malts at a few drugstore counters and has a life change half-way through the novel.  While this change doesn’t get fleshed out in great detail, O’Connor manages to convey enough of Enoch’s change through his endeavor to polish his bed frame until he could see the gold.

Motes’ landlady, Mrs. Flood, enters the scene at the end of the story.  An older woman who eventually takes pity on Motes, in spite of her general lack of compassion, gives a running commentary on Motes.  The kind of commentary the reader has yet to encounter.  Pulling Mrs. Flood out of the blue would have ruined or at least bogged down another story but O’Connor pulls it off brilliantly.

I’m finding that Flannery O’Connor’s stories are almost always funny but almost never fun. I’ll be mulling this novel over in my mind for quite a while.  Did I mention the gorilla suit?