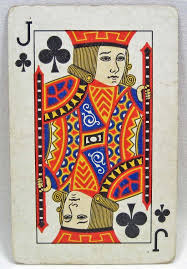 Here is a classic line from Hemingway’s short story “Cat in the Rain”:

As usual, his understatement is brilliant.

An American couple are staying in an Italian hotel.  While it is raining, the wife sees a cat outside the window and attempts to rescue it.  That’s the overall plot to the story.  During the rescue attempt, the hotel-keeper and the maid go out of their way to make sure the wife is happy and doesn’t get wet.  Meanwhile, her husband, George, is in bed reading a book.  He exchanges a few words with her.

The endeavors of the hotel workers to pay attention to the wife go beyond the ordinary and contrast greatly with the way George pays attention to her.  I had a thought that the wife perhaps was someone well-known.  She is never given a name in the story.  Sometimes Hemingway says more with what he doesn’t say.  I can’t figure out another reason for the way she is fawned over by the hotel staff.  They almost have a protective air about them.

It’s not difficult to determine that her marriage may not be great; however, nothing gives the sense that it’s a bad marriage.  At least in this snapshot of their relationship, George does not seem to be taking a huge interest in his wife’s comings and goings.  I wonder if he sees how the staff treat her and if he wonders why like the reader might?  Or perhaps for some reason, he’s not surprised.