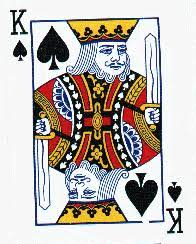 “Feathertop” by Nathaniel Hawthorne is a fantastic and fantastical story that will probably become a Halloween favorite of mine.  Mother Rigby, a New England witch, creates a scarecrow and allowing her creation to smoke a little of her tobacco, she brings him to life.

The story reminds me very much of Mary Shelley’s Frankenstein – only shorter.  Mother Rigby spruces up her scarecrow whom she names Feathertop.  As she sends him into town, she instructs him to look up a certain well-known government figure, Master Gookin and his daughter, Polly.  Apparently, Mother Rigby has something on Master Gookin even though the reader isn’t privy to what exactly this something is.   Readers can use their imagination, though.

When Feathertop sees himself in a mirror and understands what he truly is, the confidence he had in himself goes out the window like a wisp of smoke.  My favorite passage came toward the end of the story when Mother Rigby expresses what could be the theme, of not just this story, but the theme of many stories of New England witches:

My poor, dear, pretty Feathertop!  There are thousands upon thousands of coxcombs and charlatans in the world, made up of just such a jumble of worn-out, forgotten, and good-for-nothing trash, as he was!  Yet they live in fair repute, and never see themselves for what they are!

The subtitle of this story is “A Moralized Legend”.  While there is an aspect of fairy-tale lesson learning in the story, Hawthorne’s writing and story-telling ability brings out lessons that humanity in general could learn as opposed to simply teaching children good behavior.   And he does this with a finesse that would keep “Feathertop” from getting lumped in with other stories that have a moral as an ending.

One thought on “Nathaniel Hawthorne’s “Feathertop””